Skip to content
Senior leader of the BJP- India and Former Finance Minister Arun Jaitley (66) Arun jaitley died on Saturday. He was admitted for treatment in All India Institute of Medical Sciences based in Delhi for a long time.  He was admitted to AIIMS due to breathing problems. 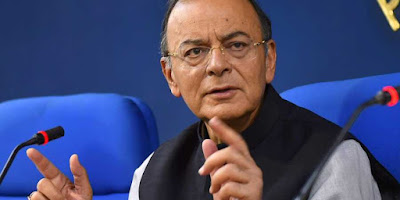 He was admitted to the ICU of AIIMS from 9 August, where his condition was said to be critical. The team of specialist doctors was overseeing his health. He was being treated under the supervision of a team of experienced doctors. On Saturday morning, Union Health Minister Harsh Vardhan had come to see him. He was gripped by several serious ailments including soft tissue sarcoma

Arun Jaitley, 66 years, was put on life support system at AIIMS (Delhi) for the past several days. In order to know about his health, many prominent leaders including PM Modi, President Ram Nath Kovind visited the hospital in recent times.

His last rites will be performed at 2 pm on Sunday at Nigam Bodh Ghat in Delhi. 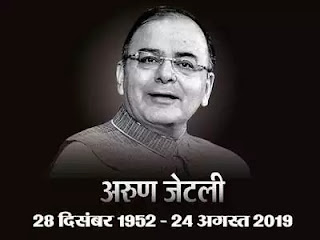