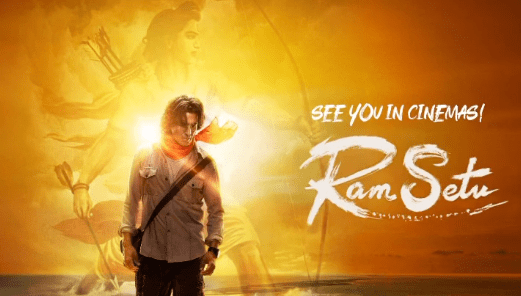 Bollywood Desk, Delhi- Magazine: Akshay Kumar has wrapped up the last schedule of the film ‘Ram Setu’. He has given this information through a video post on Instagram.

Let us inform you that the shooting of the film started in the month of April last year. But actor Akshay Kumar got corona infected during the shooting in Shri Ram Janmabhoomi Ayodhya, after which the shooting was stopped.

Ram Sethu is an action-adventure drama film, whose story is reportedly based on tracing the roots of India’s cultural and historical heritage. An important thing about the film is that with this film Amazon Prime Video is entering the field of film production in India.

Akshay Kumar is playing the role of an archaeologist in this mythology film being directed by Abhishek Sharma. Apart from this, ‘Ram Setu’ also stars Jacqueline Fernandez, Nushrat Bharucha and Pankaj Tripathi in lead roles.

Before starting the suiting of the film, Akshay first went to Ayodhya and had darshan of Lord Ram Lalla. After taking blessings of Lord Ram in Ayodhya, Akshay Kumar also met UP CM Yogi Adityanath in Lucknow.

You would also like to read about : Noora Fatehi Backgorund information.