Daria Marx returns to the program “Operation Renaissance” on M6 and discusses, more broadly, the place of fat people on TV, the sexism of which they are victims and the word “fat”.

She is a feminist activist, serial killer on social networks, and above all fights against grossophobia with the political Gras collective that she launched in 2016. 20 Minutes interviewed Daria Marx (a nickname, she protects her identity), one figures of the struggle for fat people. Latest feat of arms: the dezincification of the program Opération Renaissance , which flopped the audience , perhaps partly thanks to it. We talked about the myth of the will – “When you want, you can” – fat people on TV, but also sexism and the word “fat”. Big interview!

You co-created the Gras politique collective, what is it and what are the objectives of this collective?
We are a queer feminist collective. This does not mean that we do not include men, but obesity and grossophobia first impact women. And we are queer because within the collective we have a diversity of sexual orientation and gender. We are big deviants! (laughs). We created Gras Politique because we could not find our place in the existing militant movements.

The issue of willpower is central to grossophobia. If it weren’t for this “when you want, you can” myth, grossophobia would collapse. This would mean that we choose to be fat, to be discriminated against, to suffer violence… This is false. There is undoubtedly a tiny percentage of people who choose to gain weight… But this is not the case for the vast majority of people, who become fat because they have had traumas during childhood, ‘they live in a precarious situation where they do not have access to qualitative food, because of genetic influences, hormones, hormonal treatment, psychological problems … There are a thousand and one reasons to become large. This is why obesity is a complex disease to treat and manage. 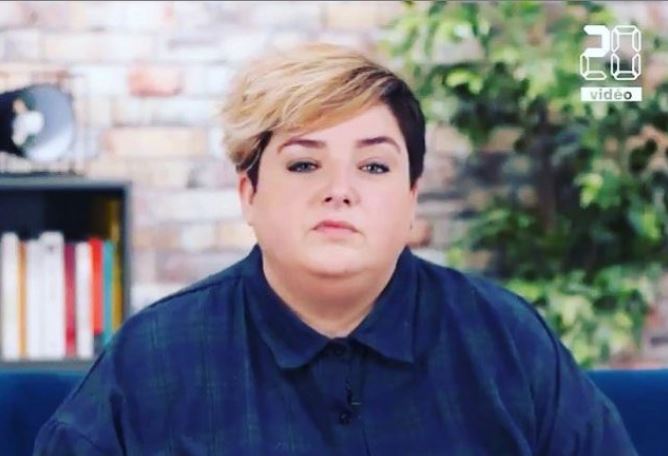 Do we see more fat people in your opinion in series, films and cultural works?

I don’t know everything, but I don’t have the impression… I learned that This is us , the American series, was going to be revived in France. In USA Kate is played by Chrissy Metz, who is a fat person. In France by Marielou Berry… Are they going to make her gain weight to stick to the character of Chrissy Metz? Or are we going to have a French censored version with a little big one that will make a 44? Fat actresses are not employed in France. We prefer to take people to whom we will stick “fat suits”, disguises of fat people. I don’t have the impression that it has changed more than that… I make the comparison with English television: there are fat people, disabled people, people of all sexualities. In France we are still on a retrograde model.

What is the media’s responsibility in making people fat?

Your collective often calls out to the media and institutions on the subject of grossophobia. Lately, you denounced Karine Le Marchand’s new program, Opération Renaissance . What is wrong with this show?

Treatment of fat and fat body. It’s a show once again where we only give a voice to fat people if they agree to lose weight. And then there are shortcuts on the lives of fat people, a psy side of the counter. We present this as the must of care, while we are talking about a person who does not have a diploma and is writing a book to teach people to love themselves. I do not know what messianic delirium Karine Le Marchand prided herself on. I have nothing against surgery, I hope the people on this show will be happy. But there is a difference between what is shown in Operation Rebirthand the reality of fat people who have been operated on. On the screen nothing can be seen on the preoperative and postoperative follow-up. We do not know anything about pain, about food rehabilitation. Nor what it is like to leave the hospital with two-thirds of your stomach less. It will impact your whole life. We know that there are extremely serious complications with these surgeries and that 40% of people regain all or part of the weight lost within the following five years. An eating disorder does not occur. It’s in the head.

You have co-authored a book called “Fat is not a bad word”. Why do you think we should speak of “fat” people, rather than “overweight”, “round” or even “strong” people?

We suffered from circumlocutions around the size, and which refer to a kind of unattainable femininity: full of curves, voluptuous … I have never felt “voluptuous”, I am not a yogurt. We have been insulted a lot of “fat” but you can’t insult me ​​fat, that’s what I am! When people in the street tell me “the fat one” I answer them “yes, it’s me, is there a problem? “We are committed to removing the stigma around this adjective. It’s a joke we often make with Eva: a big check, a big gift, it’s always nice! And “obesity” is a pathologizing term, which is also why it is not used. In addition, the calculation of BMI is called into question. We do not use the vocabulary of a doctor.

You fight against grossophobia but also against sexism. What do you think connects these two fights?

Women suffer more from grossophobia. All women suffer from perfect body injunctions, and those who suffer from grossophobia even more. Because the further we move away from the norm, the more we are discriminated against. Women make up 80% of people operated on by bariatric surgery, while there are as many obese men as obese women. And women are operated on at a lower BMI than men. This means that the pressure on the body of the fat woman is multiplied. Add these imaginations around the fat woman who would be good in bed… With a model of the fat hyperfeminized. In Gras politique we want to tell fat people: you are also cool in jogging!

If tomorrow you were appointed minister for the fight against grossophobia, what would be your first step?

The reimbursement of all psychological and dietary consultations, for all French people. And a social food allowance where all people could have access to the same quality of food. That the rich don’t eat better than the poor.

Where I am today, I'm happy- Bobby Deol

Wed Jan 27 , 2021
Today, January 27 is the birthday of actor Bobby Deol. The year 2020 was special for Bobby’s career. This year his projects such as ‘Class of 83’ and ‘Ashram’ were released, in which his work received a lot of praise. According to him, “My father Dharmendra was an outsider. He […] 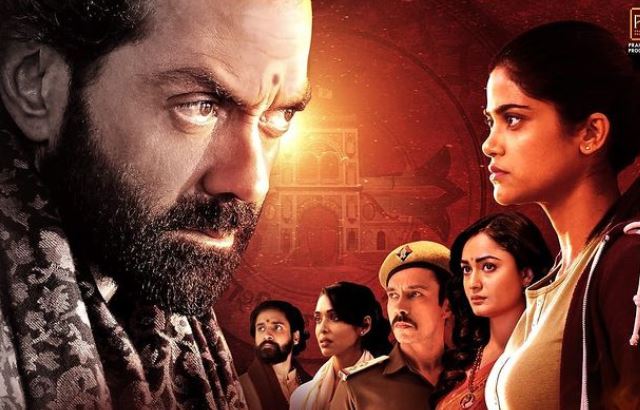