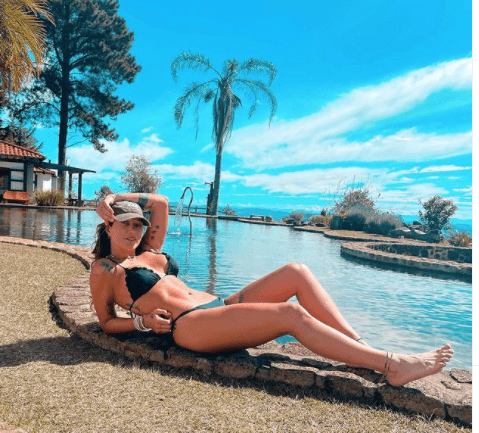 Lifestyle Desk, Delhi – Magazine: Gabriela Pugliesi is a famous fitness blogger in Brazil. She became famous for sharing food, fitness and lifestyle tips on her Instagram profile. By the way, recently, Gabriela Pugliesi made headlines on the main sites, and it wasn’t due to her healthy lifestyle. The fitness blogger was involved in a controversy by throwing a party at her house, precisely at a time when we are living in social isolation.

She has a degree in industrial design and worked in a jewelry store before leaving her job to dedicate herself to blogging.

In August of this year, he ended his relationship with Ricardo Barbato. “I was in the shit,” she said in a video on Snapchat. But it passed quickly, and days later she was seen with João Vicente de Castro, Sabrina Sato’s ex-boyfriend; and ex-BBB Yuri Fernandes.

Gabriela Leda Ferreira, known as Gabriela Pugliesi, from Bahia, was born in Salvador on October 28, 1985. However, at the age of two, she moved to the city of Sao Paulo along with her mother, Vera Minelli.

The girl did not have an easy childhood, much of it due to being a chubby child. In fact, she says that she has always been bullied because of her weight. However, at age 13 the girl decided to change that. Thus, it was at this time that young Gabriela enrolled in an academy for the first time.

She started exercising to improve her self-esteem. However, even though she spent her entire adolescence struggling with the scales, she began to truly enjoy the habit. 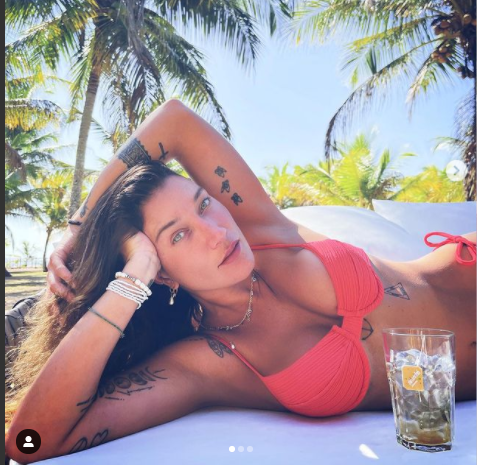 She is happily living with her partner Tulio Dek.

Thus, she became more and more involved in this fitness universe. However, it was only a matter of time before she looked for nutritional support in order to have a healthier diet. Consequently, she was moving towards completely changing her lifestyle. When it comes to the body, another notable change is the nose. The blogger had a nose job to redo the septum, and took the opportunity to remodel the organ.

Moving towards an increasingly healthy lifestyle, Gabriela Pugliesi started posting photos on Instagram showing her change. The measure, she said, was to motivate herself with the results. However, his remarkable change ended up inspiring people across the country. So, it was just a matter of time before your profile grew, and reached thousands of followers.

Pugliesi has a degree in Industrial Design, and before joining the fitness blogger business, she worked for a jewelry store. Thus, in 2013 she left her formal job to dedicate herself exclusively to her blog, Tips4life.

On her blog, she gave tips on nutrition, exercise and other things related to the fitness world. It didn’t take long for her to earn the title of fitness blogger. At this point, what started as a simple blog has become a very profitable business.

As it became better known, more partnerships with big brands emerged. So, she started promoting products and even created special lines that bear her name.

In this wave of suggesting products to her followers, the influencer came to have her name linked to a controversy of veiled advertising. And that wasn’t the only time he got involved in cases like this.

However, these controversies did not affect his work. Since 2015 the blogger maintains a talk show on YouTube. At Vendi meu Sofá , the fitness muse interviews several celebrities to talk about lifestyle, among other topics.

As for the Pugliesi surname, as we saw above, it is not the Baiana’s baptism. By the way, Gabriela took the name of her ex-husband, Thiago Pugliesi, who had a 5 year relationship.

While she was still married, she used to attend the spiritist center of her mother-in-law. In May 2013, when it broke out, it had 140,000 followers. Now there are more than 1.5 million, surpassing famous people such as Alexandre Nero (1 million), Cauã Reymond (1 million), Luana Piovani (650,000) and Susana Vieira (1 million).

Despite keeping her ex-husband’s last name, the end of their relationship was not the friendliest. That’s because the muse would have betrayed Thiago with Ricardo Barbato. The one who was also married at the time. However, after the separation of the two, Gabriela and Ricardo assumed the relationship.

In addition to the fitness lifestyle, Pugliesi also openly shares details of his personal life. So much so that in August 2015 she announced the end of her relationship with Barbato. Months later, she was seen alongside João Vicente de Castro, and also with ex-BBB Yuri Fernandes.

One of the blonde’s longest romances was with the Bahian model Eramos Viana. However, once again, she was singled out as the pivot of a breakup, as Eramo had a relationship with model Rachel Apollonio.

In April 2017, Gabriela and Eramos got married, but they divorced in February 2021. The reason is unclear, as the two stated, on their social networks, that the boy would have made a mistake, but at no time did he reveal which was. Despite this, he revealed that this was not a betrayal on his part, as many followers speculated. Anyway, for the last year, the two of them had been trying to have a child together, which didn’t happen after all.

Some Uknown Facts about Gabriela Pugliesi