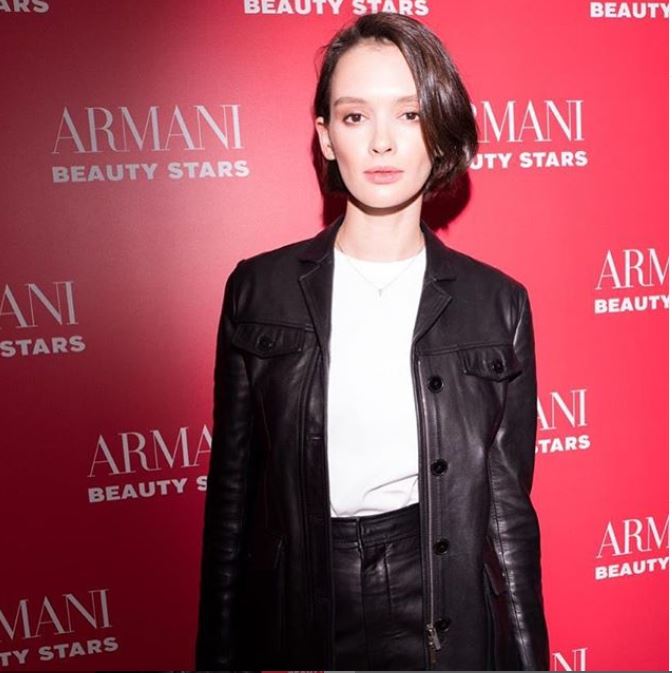 A style icon, Paulina Andreeva  made a mark in the Cinema and Theatre Industry.  Born on October 12, 1988 in St. Petersburg into a family that has nothing to do with cinema and theatre, Paulina created benchmarks for such dreamers. Her personal life has always been of interest to her fans especially since in her youth Paulina did not advertise her affairs, preferring to keep them a secret.  Andreeva’s close relationship with classmate Viktor Khorinyak  was one such popular relationship; however, this did not last long and the couple broke up after the final exams.

Later, Paulina was credited with romances with partners on the set Vladimir Mashkov , who, according to the rumours, even helped her somewhat at the beginning of her career. She was also rumoured to be in a relationship with Konstantin Khabensky . In September 2019, Fyodor Bondarchuk and Paulina Andreeva tied the wedding knot at the Yusupov Palace in St. Petersburg.

In 2015, secular society began to discuss the affair of Andreeva and Fyodor Bondarchuk , who suddenly broke up with his wife Svetlana after 25 years of marriage.

Throughout the development of the relationship of Paulina and Fyodor Bondarchuk, gossip about her pregnancy appeared. According to media reports, the performer was expecting a child in 2017 and 2018. On the eve of the wedding, the fans again started talking about the interesting position of the artist. The media found out that the couple was preparing to get married, but the idea had to be abandoned due to the hype. According to the rumours, Sergei Bondarchuk , Jr., delivered an ultimatum to his father: if you marry Paulina, you will not see either children or grandchildren. It was rumoured that Fedor did not dare to divorce his wife.

Coming back to her childhood, her birth name was Catherine. From the very childhood, she had shown a remarkable penchant for creativity, she especially liked to sing and recite poems in front of her family. Paulina’s father, Oleg Vladimirovich, owns a construction company, and her mother, Maria Fedorova, is a landscape designer. The young actress has two younger brothers: Igor, who also chose the profession of an actor and entered SPbGATI, and Boris, who, although he did not plan to follow in Paulina’s footsteps, dearly loved and supported her talented sister in everything.

In 1995, Paulina was enrolled in the first grade of St. Petersburg gymnasium №24 on Vasilievsky Island. During her school years, she was actively interested in dancing and snowboarding. Later, she chose dancing over snowboarding owing to a feat in the huge competition in the Todes ballet school) and a serious injury that prevented her from participating in snowboarding. 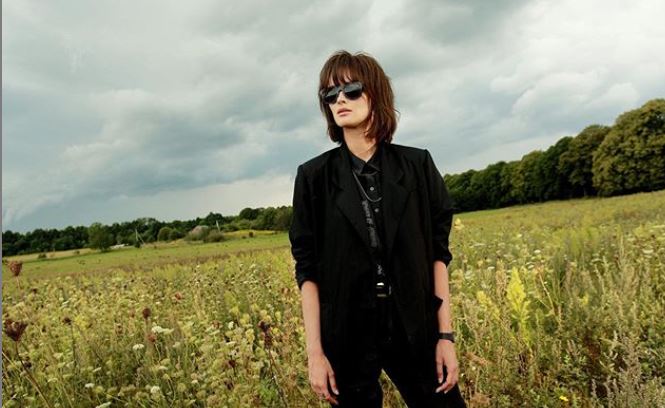 Subsequently, she moved to Moscow and wanted to be away from family and study theatre. At the Moscow Art Theatre School, she studied on the course of Roman Kozak and Dmitry Brusnikin. In the third year of the Moscow Art Theatre, she was offered to try her hand at Kirill Serebryannikov’s play “Nearby” in the role of Crybaby, a friend of the main character of the play.

In 2016, this spectacular brunette made her debut in the rating of “100 Sexiest Women in the Country” by Maxim magazine. Paulina’s figure attracted everyone due to its  slenderness and grace – the years spent at the ballet school affected her body positively and added to her poise.

After graduating from the studio school in 2011, she joined the permanent troupe of the Moscow Art Theatre, continuing her theatrical career under the pseudonym Paulina Andreeva (“Paulina” in Greek means “modest”).

Paulina Andreeva played her first film role in 2007, appearing in one of the episodes of the second season of the crime series Law and Order (the Roundup series, Svetlana). A year later, she again entered the cast of the project (the Yachtsman series, Nadia)

Since then, the girl, who has achieved popularity with a truly cosmic speed, began to be called “the phenomenon of Russian cinema”, and the song she performed was included in the rotation of the country’s popular radio stations. But for Paulina herself, the main indicator of success was her recognition as a demanding mother.

Memorable works by Paulina Andreeva as an Russian Actress at the Moscow Art Theatre. Chekhov:

One thought on “Paulina Andreeva – Russian Model and Actress”