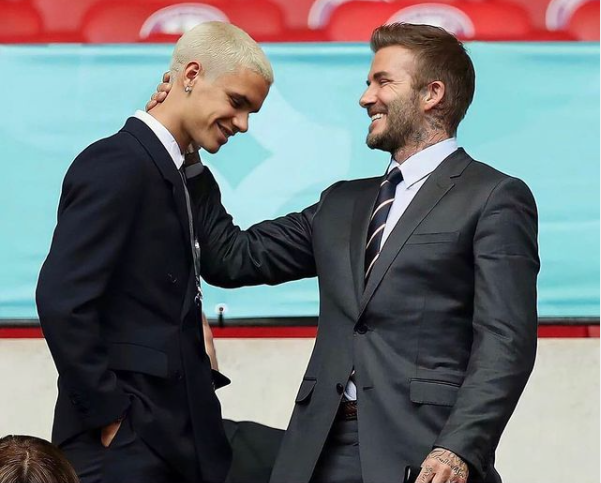 Lifestyle Desk, Delhi- Magazine: Romeo Beckham, son of David and Victoria Beckham, the next generation fashion model , defines himself as an athlete in his social networks, but the truth is that although paternal genetics link him to sport, his mother makes him fashionable. Recently Shared a pic with his dad David Beckham and captioned it “A special experience with dad”. 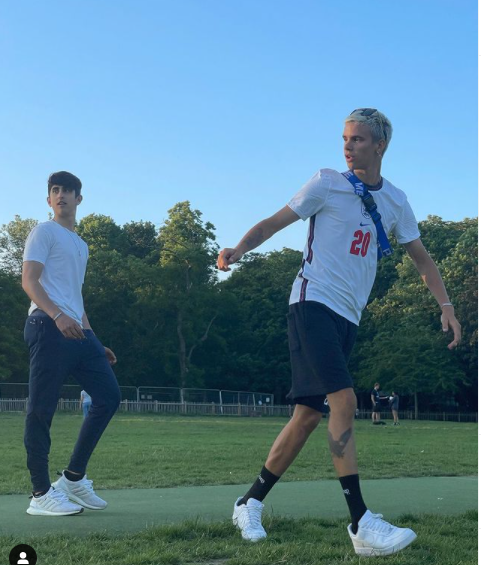 More than 2 millions people have liked it and shared their reaction on this pic. Few days  back, the second of the popular couple’s children is signed by the Yves Saint Laurent for its upcoming autumn-winter campaign.

The both, Dad and son have a great bonding. Last week also, Romeo shared a pic with his dad with caption “🏴󠁧󠁢󠁥󠁮󠁧󠁿 v 🏴󠁧󠁢󠁳󠁣󠁴󠁿 with dad. Nothing better ♥️ @davidbeckham” and tagged David Beckham. David Backham also commented on it and wrote “Love you mate @romeobeckham”. 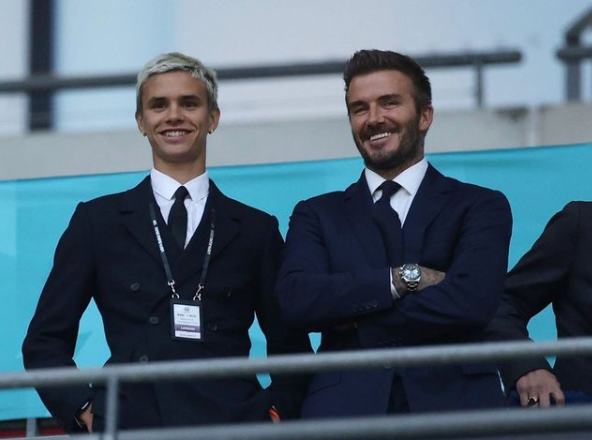 He has an earring on his left ear lobe and a gym- turned physique that denotes that he cares about keeping his body in shape.

His hairstyle changes, which was once common for his father, are also a habit for Romeo: long, short and platinum blonde, the tone in which he dyed this spring, are some of his options to change his style.

Anthony Vaccarello , the creative director of Saint Laurent, dresses Romeo, in another photograph, in a black jacket, typical of autumn , while in the third he wears shorts with a diamond sweater.

Looking for a place in fashion

The young man seeks to find his place in the world of fashion , which sees the children of popular characters as a way to capture the attention of a younger audience.

This is the case of Jaden and Willow Smith , children of actor Will Smith and Jada Pinkett Smith, Lily Rose Deep or Lili Grace , daughter of model Kate Moss, regulars of the red carpets with their parents who seek their identity in the world of fashion, a world they have been a part of since they were children.

For the campaign next fall Vaccarello also has the collaboration of the American rapper and actor Lakeith Keith Stanfield , also platinum blonde, popular for his participation in the series ‘Atlanta’ or in the movie ‘Get out’.

You would also love to read about Fashion Designer ElizaBeth.