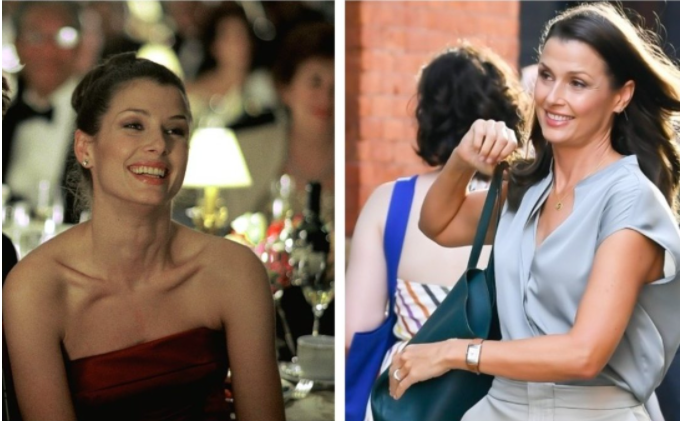 Entertainment Desk, Delhi Magazine: More than 23 years ago, on June 6, 1998, the first episode of the American comedy-drama series “Sex and the City” was released, which tells about the adventures of four friends in huge New York. For six seasons, it discussed issues of sex, career, love, the role of women in modern society, and much more. The audience enjoyed watching the characters and the development of events until 2004.

After 17 years, they decided to relaunch the series under the name And Just Like That, and now the shooting of a new project is in full swing on the streets of the metropolis, and fans of the series are watching new photos from the set, noting the changes in the features of their favorite characters. Let’s see how the key characters of the series have changed. 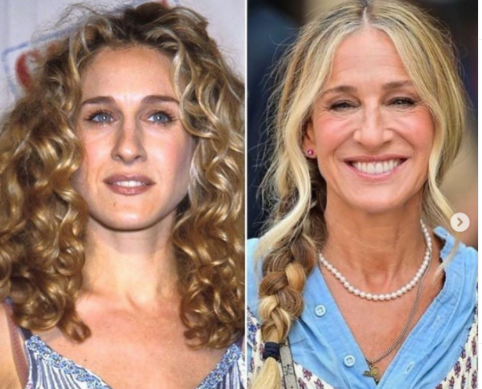 The main character of the series – stylish, witty and sexy Carrie in the first seasons leads a column about sex in the New York Star newspaper and “dries up” on Mr. Big (Chris Noth). In the new season, Carrie is still the same fashionista, however, in accordance with new trends, she is now the host of a fashion podcast. 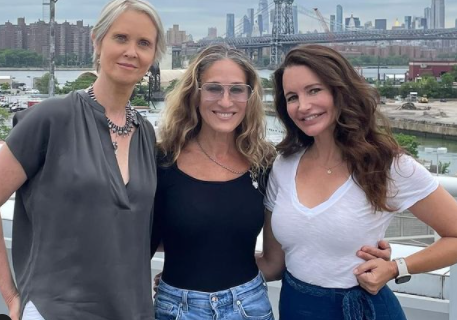 Off-set, Sarah Jessica Parker is a rather successful businesswoman who owns the SJP Collection brand, which creates a premium line of footwear and accessories. She has several shoe stores in New York , one of which is in Manhattan. In addition to shoes, Sarah promotes the Sarah Jessica Parker perfume line. 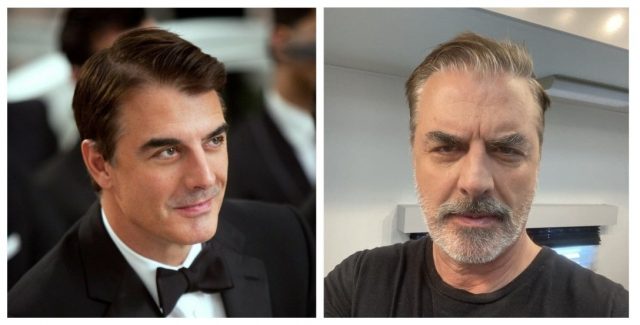 66-year-old Chris Noth noticeably turned gray, but became even more interesting with age . According to script details leaked online, he and Carrie will divorce and share their joint property in the reboot of the series .

Despite the serial image of a macho, in life Chris is an exemplary family man. He recently showed the world his wife, Canadian model and film actress Tara Wilson, who gave him two children. As it turned out, she has nothing to do with the on-screen sweetheart Nota.

In addition to Sex and the City, Chris Noth appeared in the series Law & Order: Malicious Intent, where he played an explosive police detective, The Hunt, Doctor Who, The Morning Show and other projects.

In the series And Just Like That, viewers will see Charlotte’s almost adult children , and her character seems to remain a lover of stylish conservative outfits. 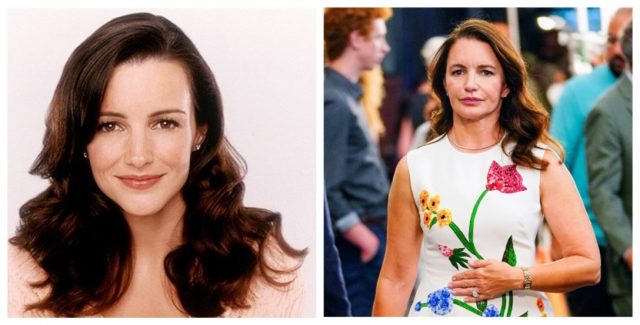 The role of Charlotte became for Christine the most successful in her career and earned her nominations for Emmy, American Comedy Awards and Golden Globes. Before “Sex and the City” the actress managed to star in the TV series “Melrose Place”, “Doctor Queen – a woman doctor”, “Ambulance”, “Friends”, “Atomic Train”, but these roles were not particularly noticeable.

As for other aspects of her life, Christine is active in the protection of animals and even patronizes the David Sheldrick Wildlife Fund. She has also been a Goodwill Ambassador for the UN Refugee Office since 2014.

The actress is not married and is raising two adopted children on her own. 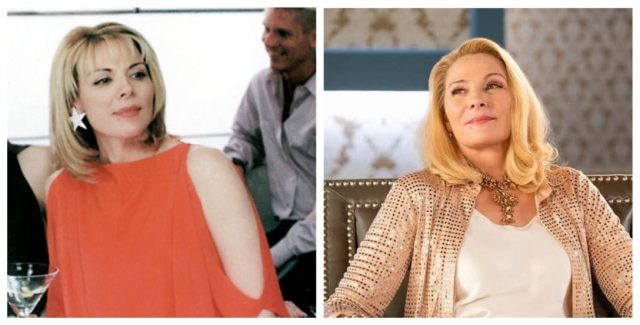 Miranda Hobbs fell in love with the viewers of the series as an excellent lawyer and an independent woman who treats men with a fair amount of skepticism. And also – fiery red! Over time, she changed her attitude towards the stronger sex, got married, gave birth to a child and became a dignified mother of the family. In the restart of the project, we see a pretty changed actress, and there is no trace of Miranda’s red hair.

Cynthia Nixon has been on the media in recent years. And the reason for this is not creative, but the personal life of the actress, who came out in 2004 and admitted that she loves women. This happened a year after the celebrity broke off a 15-year civil marriage with Briton Danny Moses.

In 2012, Cynthia Nixon tied the knot with her partner Christine Marinoni. They have a son, Max, whom Christine gave birth to with the help of IVF.

Nixon managed to overcome breast cancer, and in 2018 announced that her daughter had decided to change her sex. In addition, Cynthia was seriously interested in politics and even tried to become governor of New York. 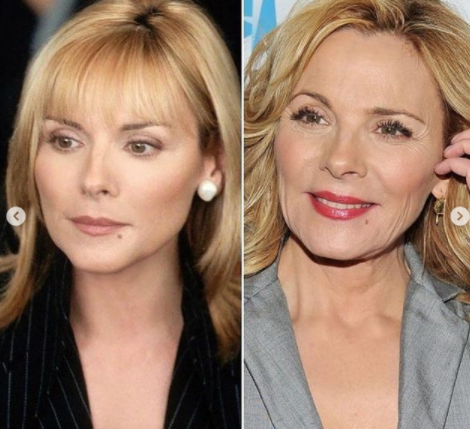 Kim Cattrall has not returned for a sequel, although there are rumors that she may appear in the second season of the project. She was remembered as the extravagant and scandalous owner of the PR agency Samantha Jones, a great lover of conversations on intimate topics and a person who without hesitation goes from words to deeds.

The press often wrote that the role of Samantha became the main one in Kim’s career, but the actress herself claimed that she had nothing to do with her heroine, since this is just an image. When she was called on the feature film Sex and the City in 2018, Kim Cattrall pulled out of filming due to a disagreement with the project’s creators about her pay.

In 2020, the TV series “Indecently Rich” was released, in which Kim got the role of Margaret Monroe. However, Fox recently announced that the project would not continue due to low ratings.

Little is known about Kim’s off-screen life. She never gave birth to a child, choosing the childfree path, and in 2018 she lost her 55-year-old brother, who committed suicide. This tragedy hit the celebrity hard, she could not recover for more than a year.

The bartender Steve, who melted the heart of the impregnable Miranda, who first dumped her, and then became her husband and father of her child, has also changed. As for his future career, then, perhaps, the second most famous role of David was the image of Lieutenant Christopher Herrmann in the NBC television series “Chicago Firefighters”, which is still being filmed. 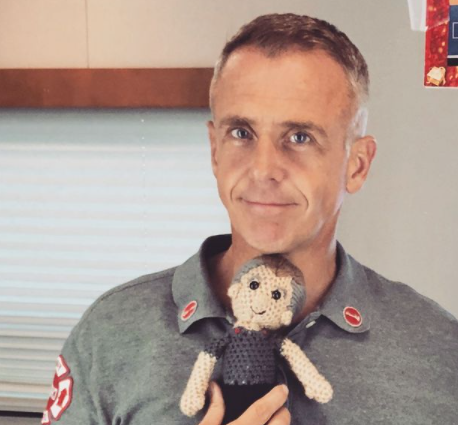 Twin Peaks star Kyle McLachlan played Charlotte’s man of dreams in Sex and the City, the handsome, wealthy and intelligent doctor Trey McDougal. The couple’s marriage was short-lived, and during the divorce, Charlotte found a person who later helped her fulfill her dreams. 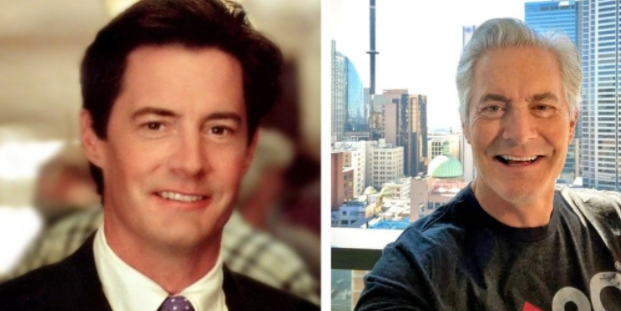 In addition to Twin Peaks and Sex and the City, the actor starred in Desperate Housewives, a crime serial detective Law & Order, and in 2017 he triumphantly returned to the screens in the relaunch of David Lynch’s cult series.

Among the latter, McLachlen’s work is the science fiction film “The Secret of the House with a Clock”, the sports drama “High-flying Bird”, the short film “Indecisive”, the TV series “Carol’s Second Chance”.

Now, as seen in the photo, 62-year-old Kyle is completely gray-haired. According to him, he visits salons and dyes his hair before the next shoot, but chooses the most natural color, just to hide the gray hair. The actor admitted that if it were not for work, he would never change the color of his hair, because he likes to be gray.

Evan Handler played in the original Sex and the City series lawyer Harry Goldenblatt, who was involved in Charlotte and Trey’s divorce. He managed to win her over and become her new husband.

After Sex and the City, Handler continued to appear in serials. His most recent works include Californication, American Crime Story, The Good Fight, and many others. In addition to cinema, he is also known as a theater actor. On Broadway, Evan Handler has appeared in the productions of “I Hate Hamlet”, “The Child of Solomon”, “Memories of Brighton Beach”.

But even this is not the end of Handler’s talents. He is also known as a journalist writing articles for a number of major publications. His contributions have appeared in The New Yorker, ELLE Magazine, and USA Weekend.

In the series, Lewis got the role of a young actor Jerry Jerrod, who met Samantha Jones in a restaurant where he worked as a waiter. At first, the heroes met only for the sake of great sex, but then Samantha fell in love with Smith and helped him become a world celebrity.

The role of the handsome man has branded Lewis’s film career. In the future, he admitted, he was mainly offered the role of cute guys. However, the striking appearance of the actor and model contributed to the fact that in 2006 he was included in the list of “100 Sexiest Men Alive” by People magazine.

The American actress and model played the second wife of Mr. Big, whom he married in the third season, breaking Carrie’s heart. True, he later divorced, which pleased Bradshaw a lot. In the restart of the series, this heroine will appear again. 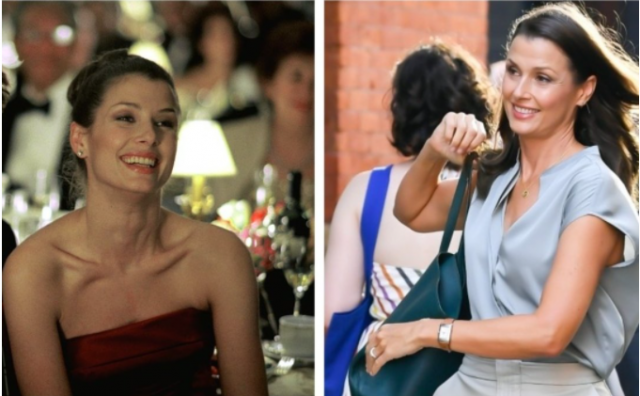 The acting career of a successful model has developed quite well. After Sex and the City, she played one of the main roles in the comedy drama Coyote Ugly, then Intuition, The Price of Fear, I, Robot, John Wick, Police Sedan “, and the company in the frame of Bridget Moynahan was made by such stars of the first magnitude as John Cusack, Will Smith, Ben Affleck, Morgan Freeman, Keanu Reeves. She is currently filming Blue Blood for its 12th season in 2021.

The actor, who played the owner of a furniture salon and sweetheart Carrie Bradshaw, not only changed in appearance, but also recently got married after a 20-year romance. 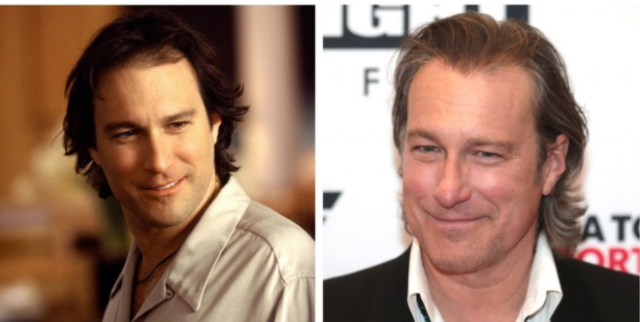 After Sex and the City, which he starred in 2001-2002, John Corbett starred in the United States of Tara, the romantic comedy Intuition, and starred in My Big Greek Wedding.

Corbett is also known for his own country songs. In 2006, he even released the music album Good To Go.

We will remind, recently the Ukrainian-Russian TV presenter Regina Todorenko was at the filming location of the restart of “Sex in the City” and shared her joy on the social network.