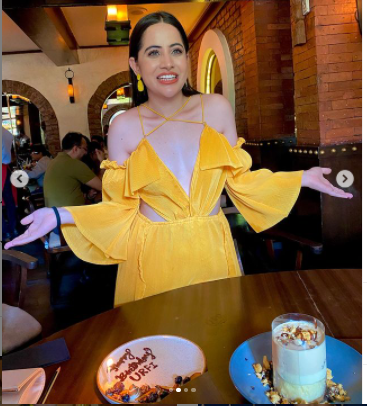 Entertainment Desk, Delhi Magazine: Urfi Javed is seen setting the internet temperature high with her bubbly and playful demeanor and sizzling pictures and social media posts. Urfi has become an internet sensation today. Every post of Urfi remains viral on the internet.

Urfi Javed celebrats her birthday on 15 October. To celebrate the occasion, Urfi Javed was spotted outside a restaurant in Mumbai. During this, she was wearing a glamorous dress of mustard color. These photos of Urfi Javed are becoming increasingly viral on social media.

With the dress, Urfi carried silver colored netted heels. Also wearing matching hoops. Hair was kept open and heavy makeup was done. After posing for the paparazzi, Urfi Javed also clicked photos with some of her fans and poor people. She was already very excited about her birthday.

Let us tell you that according to Urfi Javed, she designs most of her clothes herself. Urfi’s bold pictures, her fashion sense and style are being discussed everywhere these days. 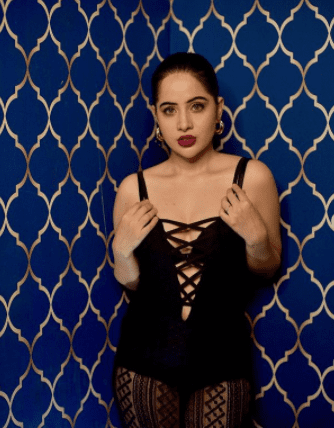 If someone finds Urfi’s style very attractive, then the troller believes that she does all this for publicity. However, Bebaak Urfi does not mind the trolling of people.