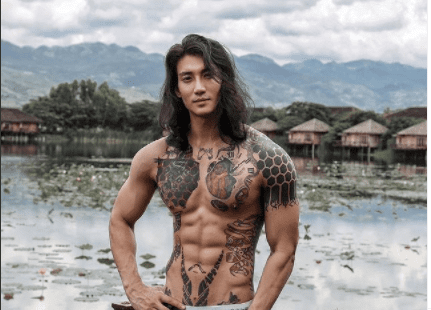 25-year-old actor, singer and model Paing Takhon from Myanmar was named the most handsome man on the planet by TC Candler, who compiles the annual “100 Most Handsome Faces” ranking. He visited 130 thousand celebrities from 45 countries.

However, Paing will not be able to fully rejoice at his success. According to the BBC, his sister said that in April, Takhon was arrested by about 50 soldiers who arrived in eight military trucks at 05:00 local time. He was sentenced to three years in prison and hard labor for participating in mass protests against the military coup that rocked Myanmar.

“We strongly condemn the military coup. We demand the immediate release of State Counselor Daw Aung San Suu Kyi, President Wu Vin Myint, civilian government ministers and elected members of the government. We demand respect for the 2020 election results and form a new civilian government as soon as possible with the support of the NLD “, – wrote Takhon on social networks. The open and honest position of the celebrity became the reason for his detention. 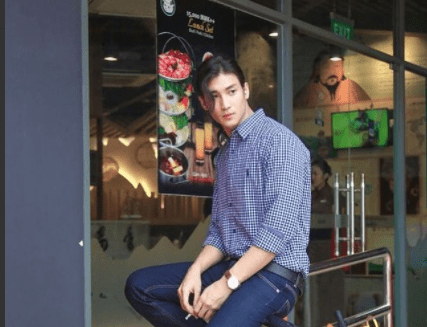 After Takhon’s arrest, the actor’s personal Instagram account, where he had over a million followers, and his Facebook page was blocked. His mobile phones were also taken away from him, depriving him of the opportunity to communicate with fans. In its turn his fans organized a movement “Free Takhon Paing, a political prisoner in Myanmar,” demanding to release him, and even resumed his account in Instagram, posting pictures of celebrities.

A close friend of Paing said that he suffered from depression and physical exhaustion after his arrest, and from weakness he could not even stand, but he does not regret his participation in marches and demonstrations against the coup.

The Top 100 Most Handsome Faces rating has been published by TC Candler and The Independent Critics since 1990. In recent years, the ranking has amassed over 12 billion views on social media and hundreds of millions of views on YouTube. It is considered the most prestigious and globally recognized list of its kind. Unlike most other annual beauty rankings, the 100 Most Beautiful Faces is not a popularity contest and is definitely not country specific.

“The list introduces new faces to countries they would not normally reach. Independent critics search everywhere, listening to the millions of suggestions made by the public over the past couple of decades, and then compiling a list representing the contemporary ideal of global beauty. Aesthetic excellence is just one criterion. Grace, elegance, originality, courage, passion, class, poise, joy, promise, hope … All of them are embodied in a beautiful face, “- says the channel that published the rating.

Takhon began his career in the fashion industry in 2014, becoming one of the most visible and hardworking male models. The guy starred for magazines, showed clothes on the catwalks, participated in the recording of music videos. He made his film debut in 2017 and is now successfully acting in films and TV shows in his native Myanmar, where he has hundreds of thousands of fans.

In 2018, he appeared on BuzzFeed’s 23 Awesome South Asian Men, and in 2019 was featured on The Myanmar Times’s Top 10 Actors. Paing Takhon is also popular in Thailand. On August 3, 2019, he held a grand fan meeting in Bangkok where a huge crowd gathered. The actor is the ambassador for the ASEAN Economic Community. On September 21, 2019, he was appointed Myanmar Tourism Ambassador to Thailand by the Myanmar Tourism Marketing Association.