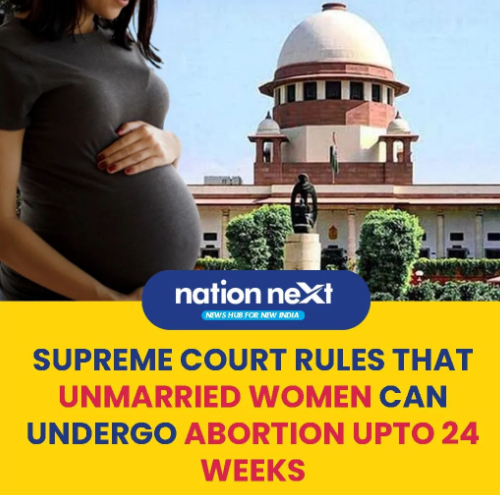 Legal Desk, Delhi Magazine: Since the preface of the MTP Act in 1971, abortion laws in India for rape victims, unmarried women, and married women were varied.  Legal or illegal, many people have asked questions about the abortion policy in India. 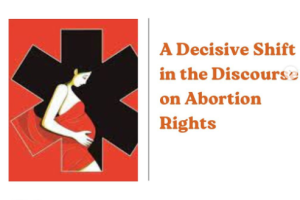 The Supreme Court landed its rendition of the MTPA to the ‘heart of constitutional rights. It specified a woman’s ‘decisional liberty’ to exercise ‘close personal preferences’ as a ‘self-governing’ person. The court even accepted the very significance of bodily duty set on women by an avoided pregnancy and the ‘cascading effects’ of such pregnancies on theirMental well-being, Education and Career. 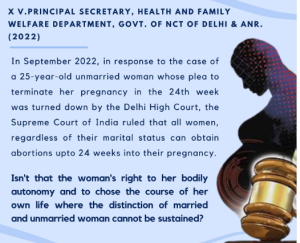 Abortion was made legal by the MTP Act in 1971, we will look back at the history of numerous decisions passed and debated to allow women to have their take on Abortion. Until the 1960s, Abortion was banned in India and was actionable as per the law. Section 312 of the IPC states that a female can face three years of jail and a fine. Section 312 of the IPC could outlaw the wilful inducing miscarriage if it were not done in good faith to save the child.

In 1964, the Committee urged the relaxation of abortion laws that would help lessen unsafe abortions and reduce maternal mortality in the country. In August 1971, a medical ending bill was presented in Rajya Sabha, and Lok Sabha and was passed by Parliament. The MTP Act came into force on April 1, 1972. However, it was changed in 1975 to make it less critical. The abortion law was amended in 2002 in brief to allow the use of the then-new medical abortion pills. 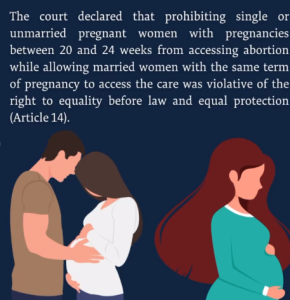 In March 2020, both the Houses of Parliament gave the MTP revision bill. It was one of the last bits of laws to be given prior to the lockdown. This act signified the main core of the previous show and is an improved and liberal interpretation. It raised the time limit of abortion from 20 weeks to 24 weeks. This act also let unmarried women abort their pregnancies depending on the loss of contraceptives. The medical academy could only show the details about abortion to a qualified person. The MTP amendments law is more inclusive of Minors, Rape survivors, Victims of incest, differently abled and so on. 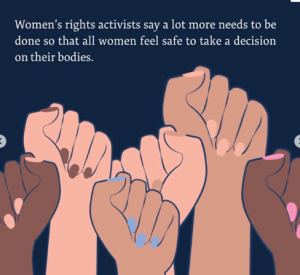 Rest the case is a legal aggregator that makes legal information and services available to everyone digitally. The CEO of the platform Shreya Sharma said, “It is a huge win for women and the judiciary with this judgment passed by the Supreme Court. However, a lot of work still needs to be done in terms of making sure the laws are implemented on the ground level.” 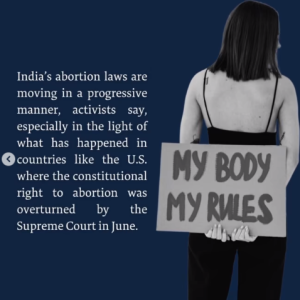 The law admits shifts in the marital status of a pregnant with her partner (widow or divorced). But, it did not take the case of unmarried women. It is a highly regulated process in which the law assigns the power to decide on the pregnant lady to the RMP and has the great choice of the RMP to decide if the abortion must be fed or not.

In a historic judgment, the Supreme Court on 29th September allowed married and single women access to abortion care. The top court also added that this matter is about bodily autonomy and no distinction should be made between married and unmarried women. 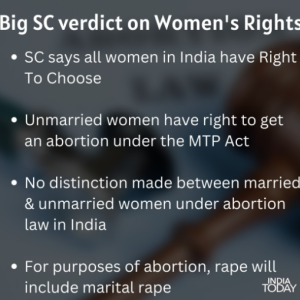 The abortion of pregnancy offers hope to the ones who want to lawfully end their forced pregnancies and to women who wish for the key to safe abortions. India has to take more steps to determine and stop the course of illegal abortions.

To enable safe and legal access to abortion of pregnancies, the Government of India must ensure that all experienced measures and laws are followed countrywide in hospitals and other healthcare structures.