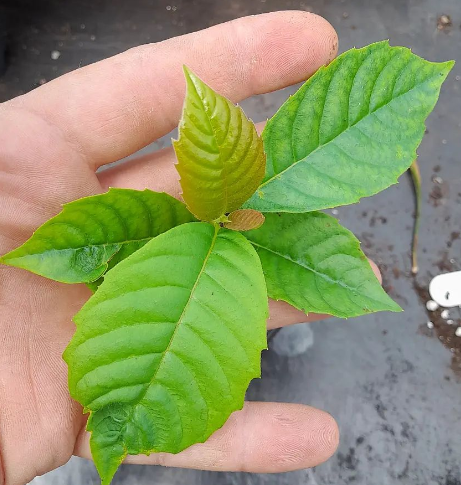 Camptothecin is a natural substance that is present in the bark, fruit and wood of the Camptotheca acuminata (tree of life, cancer tree) and other plants of the mud family. Its derivatives are currently used in the treatment of certain cancers. How does camptothecin work? What risks and side effects are associated with its use? We explain.

Malignant tumors are at the top of the list of diseases that most often lead to premature death in all age groups. The number of diagnosed cancer diseases is increasing year by year, but still no one effective drug has been found that would allow to fight every type of cancer. 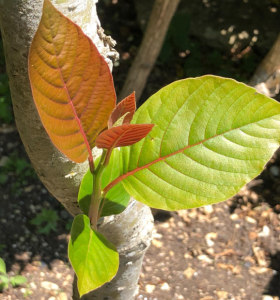 Natural plant substances, which used to be used only in herbal medicine, turn out to be helpful in the treatment of cancer. Currently, preparations based on natural substances are used more and more often in conventional medicine, which not only support the treatment of various diseases. In the case of camptothecin and its derivatives – topotecan, irinoitecan – we are dealing with a quinoline alkaloid that has strong anticancer properties . It causes the death of the cancer cell, leading to damage to its DNA.

It is worth learning more about the preparations used in the treatment of cancer, which contain natural substances of plant origin or their semi-synthetic equivalents.

Cancer: How Can Cancer Occur?
Cancer treatment is difficult due to with the mechanism of formation of neoplastic lesions. Benign tumors and malignant tumors (cancers) are caused by mutations in the human genetic code. The change in DNA may be a matter of chance or be directly related to the impact of various mutagenic factors on the human body. The exact causes of cancer development are not known, but thanks to many scientific studies it has been proven that changes in DNA, which result in abnormal cell division, may be related to, among others:

Genetic factors that belong to the group of non-modifiable factors;
Environmental factors;
Diet and lifestyle used.
Doctors agree that one of the most common causes of cancer development is heavy smoking , excessive alcohol consumption and improperly composed diet. Other factors that can lead to mutations in DNA are, for example, chemical substances that affect the body, which are present in, among others, in fertilizers and plant protection products, as well as ionizing radiation. Potentially carcinogenic effects may also have some chemical food additives and substances present in cosmetics.

Although the negative impact of many carcinogenic substances on the body cannot be avoided, we can eliminate the most common causes of cancer, i.e. quit smoking and drinking alcohol. These addictions and an improperly composed diet significantly increase the risk of developing the most commonly diagnosed malignancies, i.e. lung cancer , pancreatic cancer, liver cancer and colorectal cancer . These tumors are more often diagnosed in men. In women, the dominant cancers that lead to premature death are breast cancer , ovarian cancer , cervical cancer and endometrial cancer,However, in recent years there has been a significant increase in the incidence of for lung cancer.

Cancer cells are very different from healthy body cells. As a result of mutations, they acquire features that make them capable of uncontrolled divisions. The formation of tumor cells occurs continuously. The rapid, uncontrolled division of cancer cells, as well as the avoidance of cell death and the ability to form metastases, mean that cancer cells cannot be effectively fought by the immune system.

Each type of cancer is slightly different, therefore the treatment of individual malignant tumors and benign tumors, which often have a tendency to become malignant, requires an individual approach to each patient.

Cancer is a serious problem in developed countries, being a frequent cause of mortality, which is why it is classified as a civilization disease.

Cancer treatment methods
Cancer treatment involves the use of several methods, which are selected in terms of, among others, type of cancer. Traditionally used methods of treating cancer, i.e. malignant tumor, are:

Surgical treatment – ​​thanks to surgery, it is possible to remove the cancerous tumor along with a margin of healthy tissues; surgery is also a method of treating benign tumors;
chemotherapy – is a pharmacological method of treating malignant tumors, which includes the use of cytostatic drugs acting on the vital functions of cells;
Radiation therapy – allows the destruction of cancer cells with ionizing radiation.
Other treatments for cancer include immunotherapy, hormone therapy, and molecularly targeted therapy.

Natural and semi-synthetic substances are also used in cancer therapy, including vincristine (vinca alkaloids), vinblastine, paclitaxel, as well as camptothecin and podophyllotoxin derivatives. Plant substances act on specific “targets”. As we can read in scientific studies – camptothecin and its derivatives have a toxic effect on topoisomerase I (an enzyme involved in replication, responsible for reducing DNA torsion).

Camptothecin binds to the topoisomerase I-DNA complex and prevents the restoration of the bonds between the DNA breaks, inducing the death of the cancer cell. Currently, natural camptothecin is withdrawn from clinical trials. However, semi-synthetic derivatives of this quinoline alkaloid, i.e. topotecan and irinotecan, have been approved for use in anti-cancer therapy, which act in the same way on topoisomerase I, but do not cause as many side effects.

Due to the numerous side effects when using camptothecin derivatives, it is necessary to remain under the supervision of a doctor, as well as to perform frequent exercises, e.g. blood tests. Intensification of side effects should be reported to the doctor immediately, because, for example, symptoms from the digestive system may indicate colitis. Moreover, camptothecin derivatives should not be used during pregnancy and breastfeeding. Particular care should be taken when using semi-synthetic camptothecin derivatives in patients diagnosed with liver and kidney diseases.
Importantly, taking topotecan impairs the ability to drive and use machines. The drug should be used in the doses prescribed by the doctor, because its overdose is associated with a high risk of deterioration of health.

You would also love to read: Best bathroom plants.