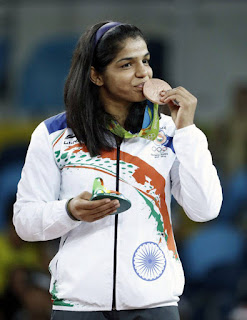 Congratulation to India for winning first medal in RIO Olympics by “Rohtak ki Chori- Shakshi Malik”. She was sure regarding her winning till end as he expressed.

She defeated Kyrgystan’s Aisuluu Tynybekova of Kyrgyzstan after trailing 0-5 in the first period in the medal clash. After this winning she became the fourth daughter  athlete to win an Olympics medal after Karnam Malleshwari, Mary Kom and Saina Nehwal.

She jumped on the mat with a big smile on her glorious  face before being hoisted by her coach Mr. Kuldeep Singh with the Indian tri-colour draped around her.

She win after falling behind 0-5 following the first period in the do-or-die bout. 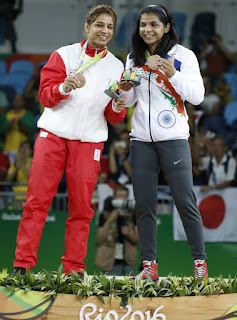