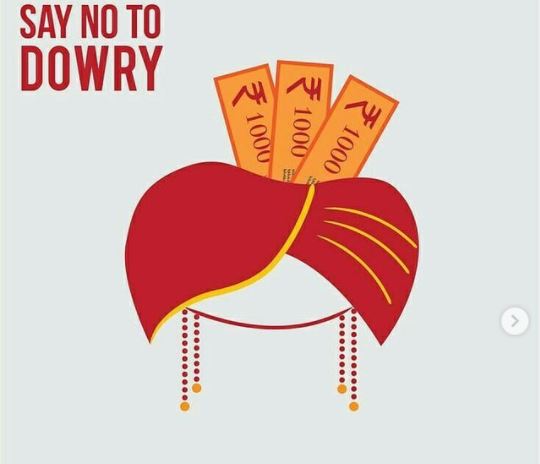 This good news is from Bundi district of Rajasthan. Retired principal Brijmohan’ son Ramdhan engaged with Arti Meena from a village in Tonk district on this Tuesday. At the time of engagement, the girl’s father gave them 11 lakh rupees as dowry custom. Seeing this, Brijmohan Meena said that he does not want this money. All we need is a daughter. Having said this, they returned 11 lakh rupees as dowry. When people prayed for customs, they kept only 101 rupees as omen. 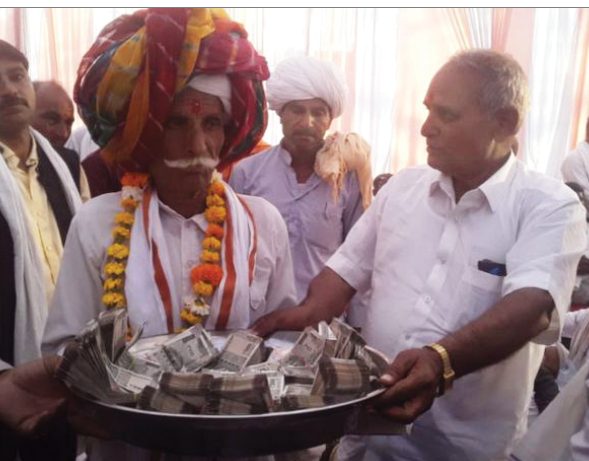 Brijmohan Meena lives in Piparwala village of Khajuri Panchayat. He had reached Solatpura village in Uniyara tehsil for the engagement of son Ramdhan. Ramdhan was to be engaged with Aarti Meena here. Meanwhile, the bride’s side gave him 11 lakh 101 rupees. Brijmohan Meena took a gift of Rs 101 out of this amount and refused to take Rs 11 lakh. Those present at the program praised him for this and appealed everyone to learn from it.

Aarti Meena, the bride is very happy with the decision of her future father-in-law. Aarti said that he has given a message to the society by returning the dowry amount. This will increase the respect of daughters. Aarti has completed BSc. and now she is doing B.ed.

At the same time, Aarti’s grandfather Prabhu Lal Meena says that Samadhi Brijmohan Meena’s return of dowry money is a big inspiration for us. This is the first such case in Tonk, Bundi, Sawai Madhopur district. Brijemohan gave a new inspiration to the society. We all need to be adopt it.