From ancient times, different cultures and civilizations have celebrated a festival dedicated to the memory and relationship with the dead. Autumn has always been considered a period of life cycle change and that is why it is the ideal time to remember those who are no longer there. In fact, worshiping the dead is a common feature in almost every culture in the world. In Catholic case, All Saints is part of a group of holidays, along with the Day of the Dead and Halloween, which have a common origin: the belief system of the ancient Celts, which had a fundamental part based on the memory of the dead. Similarly Hindu people also remember their ancestors in the month of September, known as Sharadhas or Pitru Paksha.

According to Catholic cultures, the cycle of the year was divided into two periods: light weather and dark weather. The clear weather began on May 1, with the flowering of nature and the departure of the flocks to graze, and the dark on November 1, with the arrival of bad weather and the closure of livestock. In a cattle-raising society like the Celts, the celebration of the festival of Samhain, around the first of November, was a key festival because it began the period of winter lethargy.

The Day of All Saints , celebrated every year on November 1 in Spain and other Catholic countries of Latin origin, is the Christian feast chosen to honor the dead. Throughout this day, the cemeteries are filled with flowers and people who take advantage of this festival to visit and adorn the graves of their family and friends.

This festival commemorates the complete sanctification of the dead who, after overcoming purgatory, have attained the beatific vision and can already enjoy eternal life according to Christian beliefs. But why was this day chosen to worship and remember the dead?

This festival commemorates the complete sanctification of the dead who, after overcoming purgatory, have attained the beatific vision and can already enjoy eternal life according to Christian beliefs. But why was this day chosen to worship and remember the dead?

The historical origin of All Saints’ Day dates back to the early fourth century , in the context of the Great Persecution led by Diocletian. The Roman Empire carried out a siege against the Christians, the bloodiest of all, which resulted in thousands of deaths, whom the Catholic Church regarded as martyrs.

With the intention of venerating all these martyrs, the Church decided to seek a day in her honor. Initially there was no fixed date to pay tribute and homage to all these dead and it was not until the arrival of Pope Gregory IV , in the middle of the fourth century, when November 1 was set as the All Saints’ Day.

Sun Nov 8 , 2020
Jill Biden will now be in the White House once again. For the first time, she lived there as the wife of the vice president, her husband. At the time, however, it was not her temporary home. She should now appear there as the first lady, one of the most […] 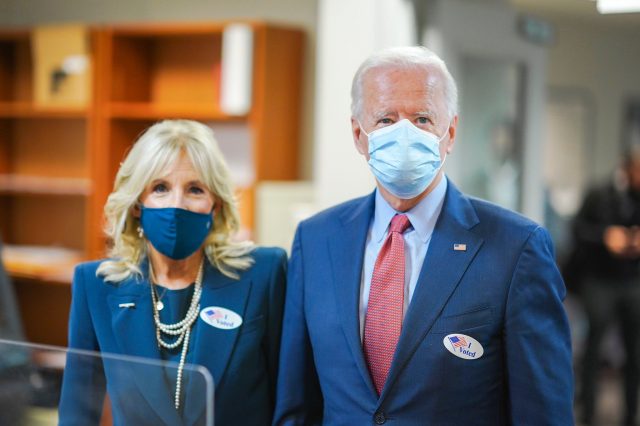