Corona is derived from the Greek word Crown. Which also means frontlet or diadem. Scientists researching on the corona virus when looking at it with a microscope found a structure similar to that of a crown. If you would want to create an imagery you may think about the ring that is formed above the sun at the time of solar eclipse. This derivation led to the name ‘Corona’.

The name of the virus is Corona while the disease caused by it is called Covid-19, (Coronavirus Disease 19).The Health Commission of China on February 8 renamed Coronavirus as Novel Coronavirus Pneumonia (NCP). But the World Health Organization (WHO) renamed it as ‘Covid-19’. Co-corona, V-virus and D mean disease.
Corona virus also belongs to the Middle East Respiratory Syndrome (MERS-CoV) and Severe Acute Respiratory Syndrome (SARS-CoV) family. In 2002-03, 774 deaths occurred  from SARS in China while MERS was responsible for more than 850 deaths in 2012.The number of people who died due to its infection has crossed 5000. The World Health Organization (WHO) has declared it an epidemic.
How it spreads?
The whole world is facing the deadly corona virus that originated from the city of Wuhan in China. It has spread more than 122 countries.  How did the virus spread outside the city? These and more such questions are arising in people’s minds. The Chinese government and health managers are now being held responsible for the outbreak of the corona virus, as they were aware of it and still did not do much to control the outbreak. The origin of the corona virus is being told in the market in Wuhan city, where meat of about 112 varieties of animals is traded. According to the sources, due to rotten meat here, this virus first entered the snake/fish/bat. Upon consuming an infected animal the virus began growing into the human body. According to a genetic analysis, the virus spread in humans was similar to 96 percent of bats. So, this is why bats were previously thought to be the reason. But later, Chinese experts indicates the role of pangolin in their preliminary report on the spread of the corona virus. Because according to research by Chinese scientists, the genome of the corona strain is 99 percent of the genome found from pangolin. (Source: http://www.xinhuanet.com/english/2020-02/07/c_138763566.htm

Early symptoms such as cold, cough, sore throat, difficulty in breathing, fever are seen in corona virus patients. These symptoms then change into pneumonia and begins to damage the kidneys, causing lings and kidney infection to begin. Consequentially, fever, cold, shortness of breath, runny nose and sore throat arise. As the initial symptoms of corona virus are similar to those of common cold-like colds, sore throat, dry cough and fever, it has become difficult for a common man to differentiate between corona virus and common cold. A sore throat can be a symptom of the corona virus. Symptoms of corona virus begin to appear between 2 and 10 days after you have caught it. Due to the delayed appearance of the virus, people do not appear ill. This causes the outbreak and begins to spread among whoever comes in contact with the infected. Pneumonia, swelling in the lungs, sneezing, worsening of asthma are also some of the symptoms. There will be nose and throat test and blood test. If coronavirus infection has reached your windpipe and lungs, it can cause pneumonia. This virus severely degrades the lungs.
In some cases, the symptoms of corona virus-2019 do not show up initially. Then it suddenly shows its symptoms.
According to another WHO report, fever, dry cough, fatigue, sputum, shortness of breath, sore throat, headache, paralysis or arthritis, chills, nausea or vomiting, blocked nose, diarrhoea, coughing are the symptoms of corona virus. (Source: https://www.who.int/docs/default-source/coronaviruse/who-china-joint-mission-on-covid-19-final-report.pdf)
Why is it dangerous when compared to other virus? :
This virus initially had spread from animal to person, and then gradually person to person, person to animal and also animal to animal. Therefore, great care needs to be taken to prevent transmission to another body. In some cases, the corona virus can also be fatal. Especially older people and who already have asthma, diabetes and heart disease.

Why Chines government is more responsible for it
On December 30, at a hospital in Wuhan, Dr. Li Wenliang found 7 patients suffering from a mysterious illness. After this, he took caution and ordered to place him in the isolation ward immediately.
He also gave information about it on an online group chat. Then a person asked him on the chat, ‘Has the dreaded SARS disease that killed about 800 people returned in 2020?’
Health department officials took action as soon as this chat was leaked. They called Doctor Lee at the same time and asked him why he shared this information with the people. Three days after this incident, the police declared the proceedings of Dr. Lee illegal and took signature on a document from him.According to the Government report, the first case of corona virus was revealed in December 2019(China’s website, South China Morning Post, quoted government documents as revealing that the first patient of coronavirus was traced to Hubei province on November 17 last year), but the government showed delay in taking it seriously. The first statement was released by the government in January about the corona virus.After the virus spread, the government kept pressure on officials and doctors to remain silent. Due to lack of information, people remained unaware of this virus and could not defend themselves at the right time. Locks were also installed on the markets of Wuhan saying that shops here are to be renovated. If public health experts and medical professionals had warned people at the right time, then this dangerous virus could have been prevented from spreading. Yanghong Huang, a health expert, said, “No action was taken by the local health department to alert people.”
WHO Recommendations:
According to WHO, vaccination against respiratory illnesses is highly recommended to protect your health.

How to Control Corona Virus Learn from South Korea

Thu Mar 26 , 2020
The widespread of the CoronaVirus needs to be stopped and other countries may take a lesson from South Korea. It does not have strong health system like developed countries like Italy, America and Spain, yet it did not act as vigorously as other countries and China. The two countries that […] 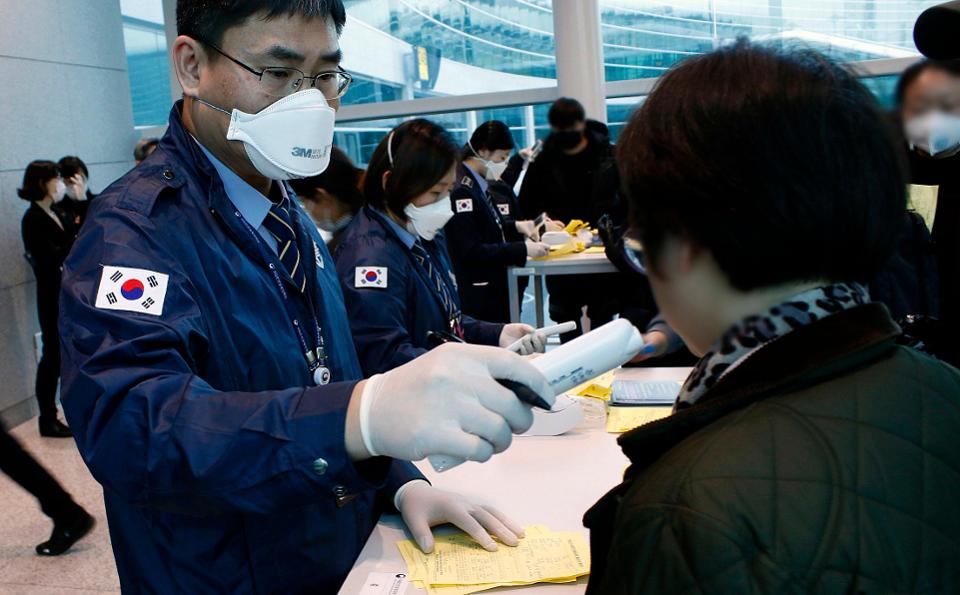