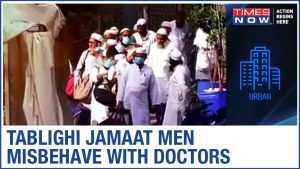 Tabligi Jamaat and Uncontrollable Growth in Corona Infection in India 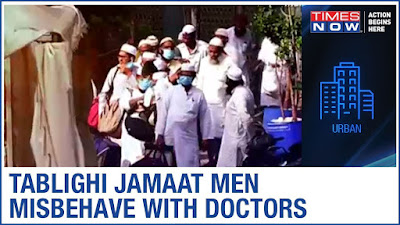 When it comes to making pre-emptive decisions, Prime Minister Shri Narendra Modi has done it to the best of his ability. This can be clearly observed during this time of crisis where India was the only country where a lockdown was observed in the last ten days of March 2020. This was a bold, yet a very provident decision which has been respected by Dr. David Nabarro of the World Health Organization.
It is on account of this prudent decision that  India has been strong in fighting its battle against Corona Virus (Covid-19). The reason why India’s fight against corona was considered beyond average as none of the powerful nations could fight it at the right time and we can see the number of infected people is increasing manifold in countries such as Italy, Britain, Spain, and America. They have nearly succumbed to Corona, It was seen that in this country with a population of 130 crores, the number of corona infected people was around 500 and the death toll due to this disease was less than 20, which was commendable. However, amidst all this judicious thinking carelessness of the Tabligi Markaz was exposed. They had organized group program where more that 3500 people in the mosque at Nizamuddin in Delhi were together and were certainly not abiding by the Social Distance norm. Their ignorance of instructions to the State  and Centre Governments did have an aftermath.
Going to the past, on March 16 the Delhi Chief Minister had prohibited a gathering of more than 50 people at a place, and on March 22, the Prime Minister appealed for the Janata curfew, stating the importance of social distancing for the prevention of corona. Inspite of all these rules in the last week of March, the mosque continued to violate the rules and had over 2500 people, mocking at the government’s orders.
According to the government sources, National Security Advisor Ajit Doval had to come forward to get the mosques evacuated as the people were not listening to the local administration. The scene was unfortunate for the entire country when the government and administration appeared helpless to them. Upon Investigation, 300 people from the Tabligi jamaat were found infected with the deadly corona virus. The search for others who had fled is one as they may be infected and can become hotspots. In fact the sudden rise in the infected people can be clearly attributed to these careless people. The number of Covid-19 in the country has now crossed 5400 within five days, 149 people have died so far. Soon after the Tabligi Jamaat was unfolded, 600 new cases of corona were registered in a single day.
More shameful act of the Tabligi Jamaat was observed in Madhya Pradesh when the doctors, para medical staff had gone to check for corona, were pelted with stones. There have been reports of obscene acts with female doctors and nurses too. These Jamaaties also committed heinousness by spitting on. A lot more can be seen on social media where the Muslims have been seen spitting on fruits, vegetables and notes. No religion whatsoever says to be sadist and behave this way. If they believe, then they must also obey the fatwa which has a lot of good teachings.
Those who were fighting to save the constitution till some week ago, “ wo aaj usi constitution ki dhajjiya uda rhe hai”..
The whole country follows a lock-down, but they found the rules tough and useless to be followed.. But while doing such an act of shamelessness they have created a very bad image for not just the handful but the whole religion.  Because of a handful of people, the entire community gets infamous. What is surprising is the fact that the preacher ‘Maulana’ are the ones instigated this unruly thoughts and behavior.  It is for the entire country to see and understand after the  whole country has heard the video of Maulana Saad of Tabligi Jamaat in which he was sharing his special knowledge about corona epidemic to the people of Tabligi Jamaat. In fact, such contractors of a particular community take advantage of the people to serve their political interests. Taking advantage of the ignorance of less educated people, the damage to the country has been made. They should understand that today is the era of mobile phones and social media where the truth is exposed with the video. Probably because the people of the same community were at the forefront of separating themselves from the Tabligi Jamaat and giving a damn to their antics. Government is also taking strong steps. It is also necessary that such people should have social boycott in their community as well as tighten legal grievances against them so that in future such incidents will be stopped. It is extremely important to curb these incidents strictly immediately, because in the present circumstances we have seen how we got on the verge of losing a winning battle due to the disobedience of the government orders by the Tablighi Jamaat.