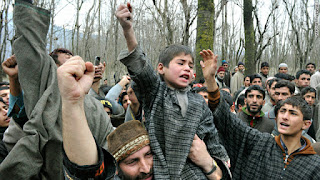 Operation Maa, started by the Indian Army last year, has helped a lot of the militants of Jammu and Kashmir to join the mainstream again. Through ‘Operation Maa’, the Army gives the terrorists a last chance to improve.  Owing to this opportunity, many youths have betrayed their so called ‘Mission’ and have opted to live undaunted lives with their families.
According to Lieutenant General KJS Dhillon, “this campaign has been very successful”. This operation has so far proved very effective in Jammu and Kashmir. Under this, more than 50 youths have surrendered and tramped towards a normal and healthy lifestyle. Terrorists have been isolated in the valley due to Operation Maa.

What is Operation MAA in Kashmir?

Lt. General Kanwaljit Singh Dhillon, Chief of the Indian Army’s 15th Corps, launched ‘Operation Maa’ last year 2019! In this campaign, they meet the parents of the missing and terrorized youth, and they are told about their children. Whenever they encounter the youth who is captivated by terrorism, they convince their mothers or other elder members of the family or influential people of the community to persuade them towards the good that life can bestow upon them.  During this, they convince the youth to leave the path of terrorism and return to normal life. This not only saves their own life, but will gradually make the valley a peaceful state.
There has also been a decrease in the recruitment of local youth in terrorist groups due to Operation Maa. The leaders  of the terrorists are being targeted. People are not supporting them because the army has adopted the People Friendly (mass cooperation) strategy in counter-insurgency operations.

Due to the appeal of mothers and family in Jammu and Kashmir, the youth has flipped their path towards better life and have begun to leave terrorism. This has certianly reduced the number, however, there is a long way to go!

Just for facts, the number of boys who became terrorists in the year 2019 was almost half of the year 2018.  Kudos to this!