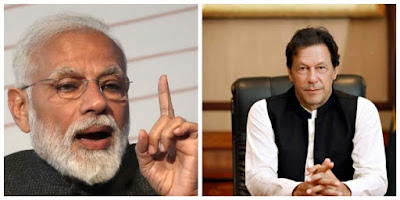 Lastly Pakistan had to bow in front of  India again. Pakistan has arrested 8 people under pressure from India for forcibly kidnapping a Sikh girl in Pakistan. Also, the victim girl has been handed over to her family. The girl has reached her home in Nankana Sahib.

India has raised Sikh girl Jageet Kaur issue with Pakistan on Friday and asked it to take steps to resolve it immediately. Foreign Ministry spokesman Ravish Kumar said that the Ministry has received several reports from different sections of civil society of India including religious organizations of Sikhs regarding this incident. He said, ‘We have shared these concerns with the Government of Pakistan and strictly asked him to take steps for immediate resolution.’

The outrage was witnessed on the streets of Delhi over the forced conversion of a girl from a minority community in Pakistan.

Regarding conversion of Sikh girl in Pakistan, Punjab Chief Minister Captain Amarinder Singh also strictly asked to Pak PM Imran Khan on Twitter.
Let us know that since this incident, Pakistan is facing the wrath of India including the Sikh community.

Seeing that the case of conversion of Sikh girl in Pakistan catches fire, the Government of Punjab province of Pakistan has ordered its investigation. For this, a three-member high-level committee has been formed. The Governor of Punjab in Pakistan met the families of the victim in Lahore.

One thought on “Pakistan took action due to fear from Narender Modi, The kidnapped Sikh girl returned to home.”