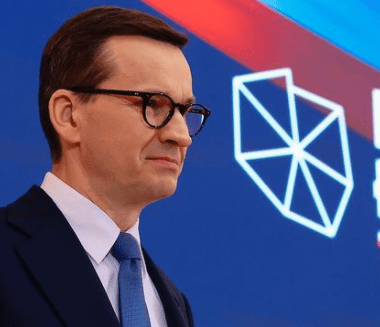 Europe Desk, Delhi- Magazine: Mateusz Morawiecki will take part in the meeting of leaders of European conservative and right-wing parties in Madrid. During the meeting with entrepreneurs, the Polish Prime Minister spoke about the common understanding of geopolitical threats. He was also glad that Poles were returning to the country.

Mateusz Morawiecki traveled to Spain, where on Saturday he will take part in a meeting of the leaders of European conservative and right-wing parties. On Friday, the prime minister was at the Polish embassy in Madrid, where he met with representatives of medium and larger companies that set up their own representative offices. The head of government asked entrepreneurs to “always have Poland in their heart”.

Mateusz Morawiecki on a common understanding of geopolitical threats

Morawiecki said that Poland and Spain have a lot in common, cordiality, friendship and shared interests. The politician at this “special time” distinguished the understanding of geopolitical threats. Morawiecki mentioned three elements. He said that a week ago he spoke with Spanish Prime Minister Pedro Sanchez about the difficult geopolitical situation.

The Polish prime minister emphasized that despite the fact that his Spanish counterpart represents the left-wing government, they discussed the threat to the integrity of Ukraine and the aggressive policy of Russia. Morawiecki also mentioned members of the Spanish historical association Poland First do Fight.

You would also like to read about : Kevin David Lehman : The Youngest Billionaire in the World.

The Polish head of government emphasized that the Russian threat on NATO’s eastern flank was also well understood by the members of the Spanish VOX party, which was the host of the Madrid meeting, led by the founder Santiago Abascal. Morawiecki explained that he would talk to the Spanish politician about the common perspective of territorial threats.

– Our task is to build the awareness of a community of goals in all countries so that we can develop as a sovereign state – said the Polish Prime Minister. Morawiecki concluded that close and distant friends from various parliamentary groups are also aware of the threats that are knocking on the eastern gate of Europe.

Head of government: Poland attracts people who have left

Finally, the Polish politician noted that today Poland attracts thousands of people who have left. – I am glad that I can experience the migration movement to Poland – the return of our citizens – said Morawiecki. He assured that he is therefore “the happiest prime minister in Europe”.