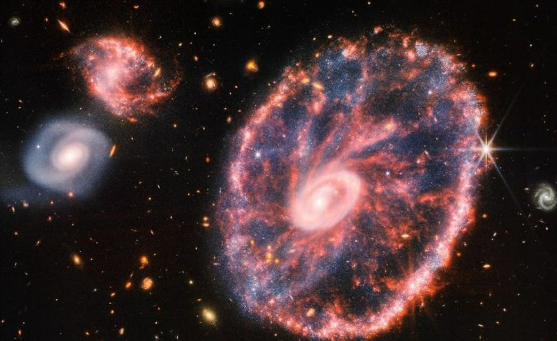 Science Desk, Delhi-Magazine: NASA has released an image from the James Webb Space Telescope of the lenticular and ring-shaped Cartwheel galaxy. The picture turned out to be the most detailed available to scientists – the galaxy was previously photographed by Hubble. 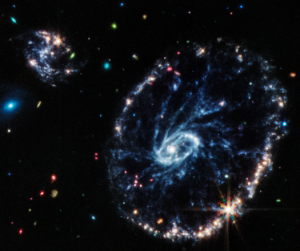 You would also love to read about: Famous American Singer and Actress Erika Girardi.

The James Webb telescope is named after the second head of NASA, who headed the agency from 1961-1968, when the Apollo program was implemented. The Orbital Observatory is the largest space telescope in the world.

For more information you can visit: https://www.nasa.gov/feature/goddard/2022/webb-captures-stellar-gymnastics-in-the-cartwheel-galaxy