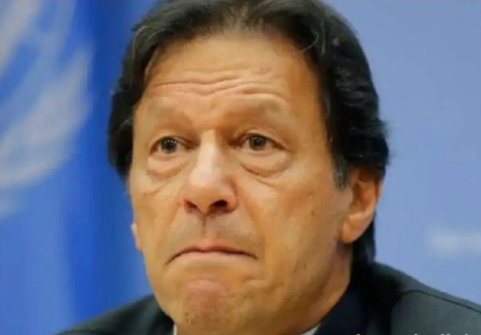 Asia Desk, Delhi- Magazine: Former Pakistan Prime Minister Imran Khan and his Tehreek-e-Insaf (PTI) party have been convicted in the 8-year-old foreign funding case. The Election Commission of Pakistan (ECP) has given notice to Imran asking why all his accounts should not be frozen.

Imran and PTI had not given reply in this matter earlier also. According to the commission’s decision- PTI took donations from 34 foreign nationals and 351 companies. Gave information about only 8 general accounts, kept black money in 13 and hid them. Apart from this, there are 3 such accounts, whose thorough investigation is going on. Imran gave a false affidavit to the commission.

Pakistan’s newspaper ‘The News’ quoted the documents of the Election Commission as saying – Imran and PTI took a donation of about $ 14,000 from Indian-origin business woman Romita Shetty living in America.

Imran and his party Pakistan Tehreek-e-Insaf (PTI) were accused of raising funds worth billions of rupees from many countries including India and did not inform the government, the Election Commission or the Finance Ministry.

The special thing is that till four months ago, the Chief Election Commissioner Sikandar Sultan, whom Imran did not tire of praising Raja, was now demanding his removal. All accounts of Khan and his party have been frozen. You can be banned from contesting elections. The party can also be banned. It is illegal in Pakistan to receive any political donation from abroad.

Imran’s own party member had filed the case

Imran had formed PTI in 1996. One of its founding members was Akbar S Babar. Babur was considered very honest and loyal to Imran. Babar had filed a complaint against Imran in the court against foreign funding in 2014. The court sent this case to the Election Commission for investigation. 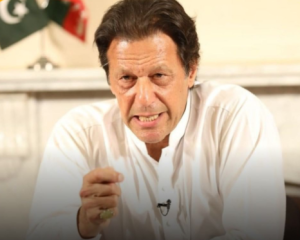 Hearing on this case was going on since November 14, 2014, but every method was tried to save the beloved Imran of the army. When Imran’s government fell and he started threatening the army itself, the hearing of this case started on a daily basis. Imran got scared by this.

What is foreign funding case in Pakistan

16 crores only got from a London based businessman Arif Naqvi. It organized a cricket tournament for PTI in London. If the dinner is hosted, then put a condition of donation of 2 thousand rupees. Financial fraud investigations are going on against Naqvi in ​​the UK and the US.
Abrar says- Imran Khan took money illegally from a total of 349 foreign companies and 88 foreign people. A large part of this was cash, which reached Pakistan through hawala and then to PTI.
Abrar says – Imran gave the biggest deception. He collected billions of rupees in the name of Shaukat Khanum Cancer Hospital named after his mother. This money was used for political party.