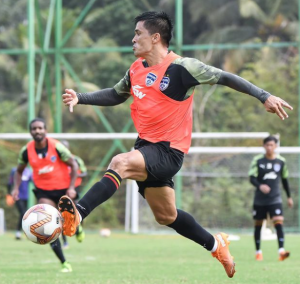 Sunil Chhetri scored two goals in the joint qualifiers of the FIFA World Cup 2022 and Asia Cup 2023 as India beat Bangladesh 2-0 to register their first win of the tournament. Sunil Chhetri scored in the 79th and 92nd minutes of the match. Due to which the number of international goals of Chhetri reached 74 (117 matches). In this case, he has also left behind Lionel Messi of Argentina.

In terms of international goals, Chhetri has reached 10th position, while Messi is at 12th position. Messi has 72 goals in 143 matches. Former Iran player Ali Dei is on top with 109 goals in 149 matches. Portugal’s Cristiano Ronaldo is second with 103 goals in 174 matches.

“Goals don’t count while scoring”
India’s next match is against Afghanistan on 15 June. If Chhetri scores 3 goals, he will equal Brazil’s all-time Great Pele’s record of 77 goals. After the match, Chhetri said – I do not count it while scoring. After retiring, I will definitely talk about the goal.

India have a chance to qualify for the Asian Cup
India is already out of the 2022 FIFA World Cup, but they have very good chances of qualifying in the Asian Cup 2023. Asian Cup 2023 is to be held in China. The win against Bangladesh is the second win under the guidance of India coach Igor Stimac.

Indian team finished third in the group with the win
With the win against Bangladesh, the Indian team has seven points from 7 matches. With this, the team has reached the third place in Group-E. Team India has lost 3 out of 7 matches played so far, while three matches have been drawn. Afghanistan are at the fourth position, while Bangladesh are at the bottom of the 6-team table with two points.

Thu Jun 10 , 2021
Bollywood Desk, Delhi- Magazine: Actor Sonu Sood is constantly engaged in helping corona patients. Actors are providing them beds, oxygen, medicines and other essential things. Sonu has become a messiah for the people because of his noble deeds. People have started worshiping the actor like a god. Now the actors […] 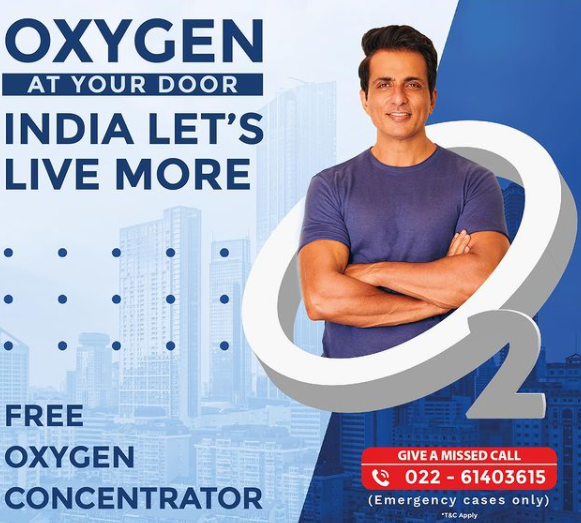