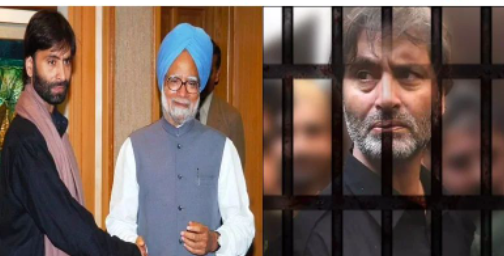 Delhi’s Special NIA Court has sentenced Yasin Malik to life imprisonment in the terror funding case. Also imposed a fine of Rs 10 lakh. Yasin Malik has been sentenced to life imprisonment in two cases and 10 years in five cases. In the 90s, Yasin Malik spread terror in the valley with the help of his master Hafiz Saeed in the terrorist country of Pakistan. The wife of Squadron Leader Ravi Khanna, one of the four officers of the Air Force, who became a victim of Yasin Malik’s terror, is still not agreeable to Yasin Malik’s death sentence. She said that some people may be satisfied but I am not satisfied as I want death penalty for him in my case. 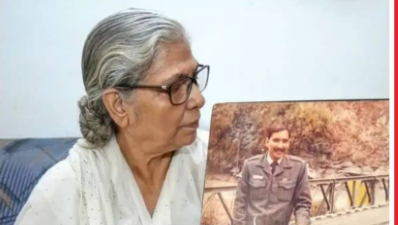 Nirmal Khana is still not ready for Yasin Malik’s death sentence. She said in a conversation with a TV channel that even after killing my husband, he lived 32 years and what would he want?

Husband was going on duty, went close and shot 28 bullets in the stomach

If anyone asks me about the murder of airmen, I want blood for blood. Nirmal Khanna said – My husband was going on duty on the morning of 25 January 1990. Yasin Malik came closer and asked him the address of a place and then shot 28 in his stomach.

On Wednesday, Nirmal Khanna said about Yasin’s sentence, this is a matter of terror funding. The court has given its decision at its discretion, which I respect. The murder case of my husband and three others is still going on. I want a sentence of “death for death”. I hope the court will get justice.

After the murder, the terrorists were dancing in a circle on the spot

Nirmal Khanna told- After killing my husband and three other soldiers, these people were dancing on the spot in a circle. I can never forget the scene I saw outside the house. I want blood instead of blood.