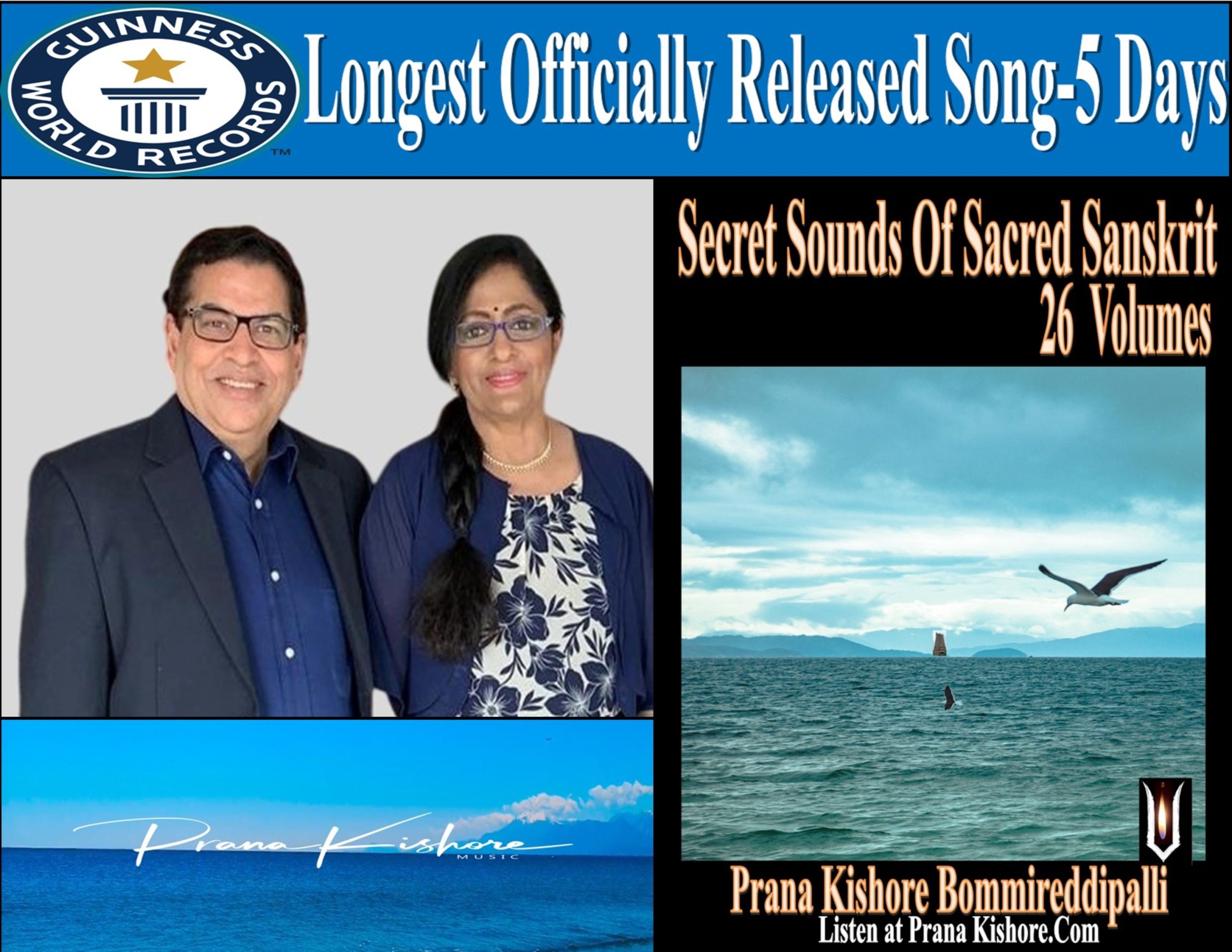 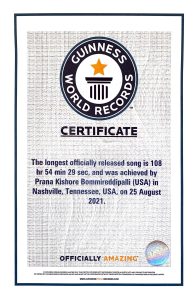 This album was created with the Secret Sounds of Sacred Sanskrit and Sounds of Nature like rain, wind, birds, temple bells and many more. Human body has 70% water like universe has 70% water. The body and mind must be in sync with nature for happiness. Prana Kishore says “Life is made of sounds and if we control those sounds, we can control our life and lead it to success”

This album is his journey which helps you to experience the 6 Sounds of life, Sound of Disturbance, Sound of Stress, Sound of Fear, Sound of Silence, Sound of Happiness and Sound of Success. Sanskrit has 54 alphabets and each alphabet has 2 energies masculine, feminine making it 108 lucky number. Sanskrit word has built in healing sounds based on Time.

Prana Kishore adds “Time which controls our life has 108 feelings, with 36 relating to the past,36 to present and 36 to the future” Secret Sounds of Healing Mantras, Miracle Chants will control those sounds empowering you to success. Prana Kishore as a believer in second chances says “we can reset our life and start afresh by resetting our mind by listening to this album of 108 hours and to the rest, you can dance or listen casually, because there is no end, it is always a new beginning with new sounds, till we eradicate blindness from the world” Prana Kishore composed and sang the songs including the chorus in many voices and recorded sounds of nature himself.

This is a HD, high quality surround sound recording with crystal clear pronunciations of Sanskrit for non-Sanskrit listeners to appreciate. The broad genre is World Music. It is advisable to listen with head phones to experience, the vibrations of sound and melody.

Prana Kishore Singer, Song writer, music composer, music producer based in USA had so far Released over 90 albums in Tamil, Telugu, Hindi, Awadhi, Sanskrit,  through Prana Kishore Records including “Secret Sounds of Sacred Sanskrit 26 Volumes” on Spotify, Amazon,I heart Radio and where ever music is sold worldwide. He was asked “Did you make this song for Guinness?” He replied “No, I made this song based on requests from many of my listeners who wanted a long song to remove stress, go deep into meditation, and experience joy, and once I made it, I thought why not send to Guinness” Prana Kishore fans love his music for mood changing, upbeat music, melody and choice of instruments. He is happily married to his college sweetheart Rathi Kishore from Coimbatore, blessed with 2 daughters and two miniature poodles Bella and Axon  who love the melody in Sanskrit music

You would also love to read about : Zoho Founder Sridhar vembu.

“It is my dream that one day I can compose beautiful melodies for the legends like Super Star Rajini Sir and compose music for A R Rahman to Sing in Spanish”.