According to a bulletin issued by the Health Department of Delhi on Monday evening, with the arrival of 1,904 new cases and the death of six people in the last 24 hours, the number of infected people in the state has increased to 6,59,619 and the number of dead to 11,012 respectively.

According to the bulletin, 68,805 samples were tested on the previous day. The recovery rate in the state is 97.11 percent. Currently, there are 4,639 corona patients in the city under isolation, most of whom are unaccompanied or under-diagnosed. The number of active cases in the state has increased to 8,032 and the number of prohibited areas to 1849.

Due to the second wave of Corona, India had the highest number of new cases in the world in the last 24 hours. Corona patients are getting the highest number of patients in 8 states of the country. Maharashtra, Karnataka, Punjab, Madhya Pradesh, Gujarat, Kerala, Tamil Nadu and Chhattisgarh have recorded 84.5% of the total cases reported in the country in the last 24 hours.

The Ministry of Health gave this information on Monday. During this period, 53,250 new cases have been reported in the country. 31,643 in Maharashtra, 2914 in Punjab, 2792 in Karnataka, 2279 in Tamil Nadu, 2252 in Gujarat, 1549 in Kerala and 2,323 new patients have been found in Madhya Pradesh. Apart from these, cases of infection are also increasing in the capital Delhi. 1904 Corona positives have been found here in 24 hours.

I did all possible odd jobs for sustainability in this city, like everyone. But I didn't let my dream die: Raajiv Mitra

Thu Apr 1 , 2021
Bollywood Desk: Raajiv Mitra started his career with a local music band in the Cooch Behar district of West Bengal. His desire to make it big, saw him step into the competitive world of Mumbai. Rising to the challenge, he pursued spending sleepless nights for years, as his ceaseless passion […] 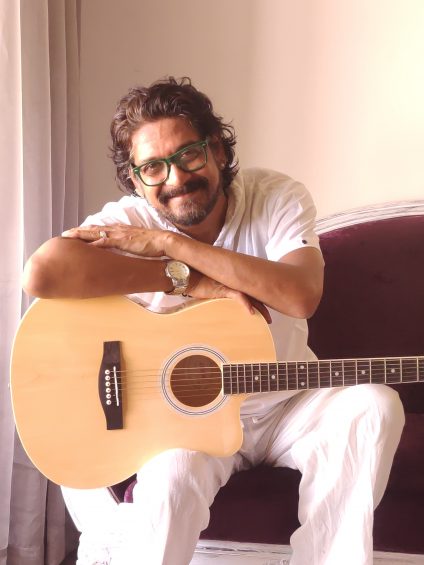