Yoga is an ancient science. This is a practice probably more than 5000 years old, practiced by people all over the world. In the practice of yoga, special emphasis is given on breathing techniques, activities of body parts and meditation so that the body and mind remain active. The person should remain worry free and he should feel physically, mentally and emotionally healthy. India, which is considered to be the main center of yoga practice, has many welfare resorts, ashrams and yoga-meditation institutes available here. A secluded and peaceful environment is provided in these centers to the person who wants to take training in yoga and meditation. In such an environment the trainee gets excellent experience. Here we are giving information about some of the most popular yoga institutes. 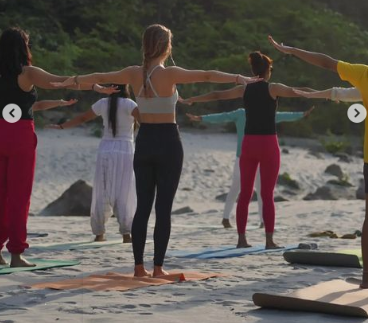 Yoga institutes in India are established to teach health yoga. These institutes have eminent instructors or gurus who guide the students to get the most out of yoga.

Yoga is an ancient practice in India. It helps in improving the body and mind of a person. Yoga is an exercise process that is also associated with meditation or meditation and pranayama or proper breathing. India has seen many yoga gurus who embraced the art of yoga, which was once deeply rooted in the heart of India. Now a days yoga practice has become popular again due to the tireless efforts of many yoga gurus.

This institute was established in the year 1970. It is a major center of Yoga and other ancient sciences. This institute as a central agency promotes and develops Yoga all over India. Here the focus is on yoga research, yoga therapy, yoga training and yoga education. The institute is spread over an area of ​​more than 2 acres. It has a library, where more than 9000 books on Yoga and its related subjects are stored. There is an academic section, where classes are held and practice takes place. Along with this there is also a conference hall where audio/visual facilities are available. The institute provides modern laboratory and facilities for biochemical testing and research. Morarji Desai National Institute of Yoga comes under the Ministry of AYUSH. 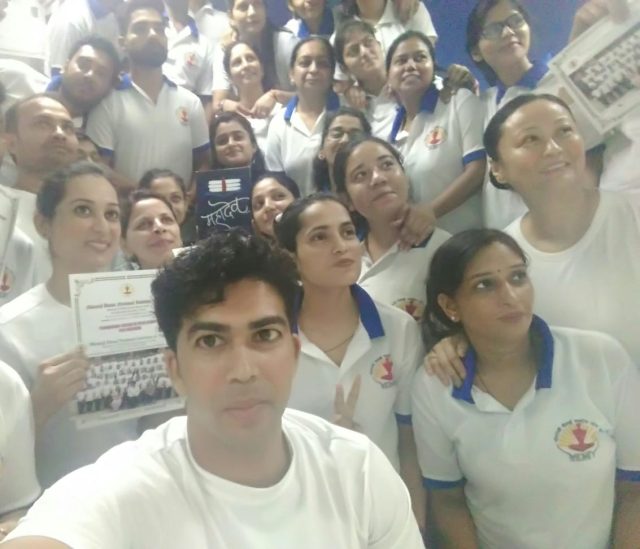 Swami Satyanand Saraswati established this institute in the year 1964. Bihar School of Yoga is one of the oldest and prestigious institutions in our country providing knowledge of this ancient philosophy. This yoga institute is located in the ancient city of Munger, 175 km from Patna, the capital of Bihar. This institute also has an ashram and a school called Bihar Yoga Bharti. Situated on the banks of river Ganges, this ashram provides a suitable environment for those who learn and practice yoga. In this institute, both instructors and tourists who practice yoga can come and stay. But it would be appropriate that you make arrangements to stay there a month in advance.

Yoga Courses offered by this institute:

Recognized by the Indian Council of Medical Research (ICMR), Swami Vivekananda Yoga Anusandhan Sansthan is a deemed university dedicated to the study of Yoga based on the teachings of Swami Vivekananda. The university is one of the most reputed yoga training centers in the country and offers several courses like Yoga Instructor Course, BSCA in Yoga Medicine, MD in Yoga and PhD in Yoga. It is operated out of a unique Yoga Therapy Research, Health Home, which has a treatment facility for 250 patients, called Arogya Dham. Its objective is to treat and prevent modern non-communicable diseases, promote health and ensure long-term rehabilitation. The organization is working towards making Yoga a socially relevant science and continues to be an important center for the study of the ancient Indian system of Yoga.

This institute is one of the most popular places to practice yoga. It is one of the leading institutes for yoga therapy in India. This center is based on a philosophy called Yoga for the individual. This approach is called viniyoga and is used to create specific yoga programs tailored to the individual. The programs so designed are used to reach the root of the disease, eradicate it and then cure it. Yoga is not treated here as a generalized physical practice but as a dedicated course of therapy. If one wants to be a part of this centre, he/she is interviewed and physically assessed.

During the course students mention diseases and experts ask them to do asanas and other exercises to cure them. While the students are doing this prescribed exercise, they also have regular meetings with the teachers to re-evaluate the problem and give instructions to the students if necessary.
The building of this center is a sight to behold in itself. There are small therapy rooms where counselors examine the yogic student, and guide them through the stages of meditation. There is a peaceful atmosphere and there are practice areas with ventilated and smooth floors.

Yoga Courses offered by this institute:

The renowned Patanjali Yoga Peeth, having its unwavering belief in ancient Indian Ayurvedic and medical system, is committed to free the entire world not only from all kinds of diseases but also from medicines. Here ancient medical practices like Maharishi Patanjali Charak Samhita Sushruta Samhita are adopted for the treatment of any kind of disease. The institute imparts practical training in Ashtanga Yoga, Raja Yoga, Dhyana Yoga, Hatha Yoga, various Asanas and Pranayama etc. The objective of the institute is to inculcate a sense of mental peace, better health and spiritual satisfaction and happiness among the people, for which yoga training classes are conducted regularly inside and outside the institute, which are broadcast through television.

Ashtanga Yoga Research Institute was established in 1948 by Krishna Pattabhi Jois. who were teaching yoga from 1930 until his death in 2009, this yoga institute offers different yoga classes throughout the year. To take admission in this institute, it is necessary to apply at least two months in advance. Courses ranging from a minimum of one month to six months are conducted here.
Address: 235, 8th Cross, 3rd Stage, Gokulam, Mysore

Parmarth Niketan is the largest ashram in Rishikesh situated on the banks of holy river Ganges. Thousands of pilgrims who come here get spiritual bliss along with yoga. This yoga center was established in 1984 and has more than a thousand rooms. The ashrams are a perfect blend of modern amenities and traditional, spiritual simplicity. International Yoga Festival is organized every year in the month of March at Parmarth Niketan. Yogas of two weeks to one month duration are done in this yoga center.

The Yoga Institute, located in Santacruz, Mumbai, was established in 1918 by Shri Yogendraji. It is the oldest yoga center in India. Various types of yoga courses, workshops and camps are organized here. Various types of yoga courses are available for the people in this yoga center. Here classes are given to people to get rid of certain diseases, diseases like heart and respiratory problems, diabetes and stress. There are also special classes organized for pregnant women and children.

Situated in the state of Kerala in South India, Sivananda Yoga Vedanta Dhanvantari Ashram, which is very special for the people of South India. If you live or are going to and or around Kerala then here you can go for spiritual peace and yoga. The dense forests and coconut trees all around make yoga center even more conducive for yoga.

The art of yoga, which started from India, has spread all over the world today. Yoga is very important for our physical and mental health. By doing yoga, the body gets a new energy. It is believed that the history of yoga in India is more than ten thousand years old. In today’s time, the interest in yoga is increasing a lot among people, due to which the popularity of yoga is increasing not only in the country but all over the world. There are some world famous Yoga centres from India:

Art of Living Ashram is considered to be one of the best yoga centers for doing and learning yoga. It is said about this yoga center that it has been established by spiritual guru Ravi Shankar. Around this yoga center you will see the lake, mountains and greenery all around. There is a different importance of doing yoga in solitude and in a quiet environment far away in the city. It is on Panchagiri Hills, 26 km southwest of Bangalore.

Tushita is a center for the study and practice of Tibetan Mahayana Buddhism. It is one of the most famous and popular Buddhist yoga centers. If you are in the Dharamsala region of Himachal Pradesh, then this is a must visit.

You would also like to read about : top jwelery brands in India.

Here a list of Yoga Institutes listed at national health portal of India.