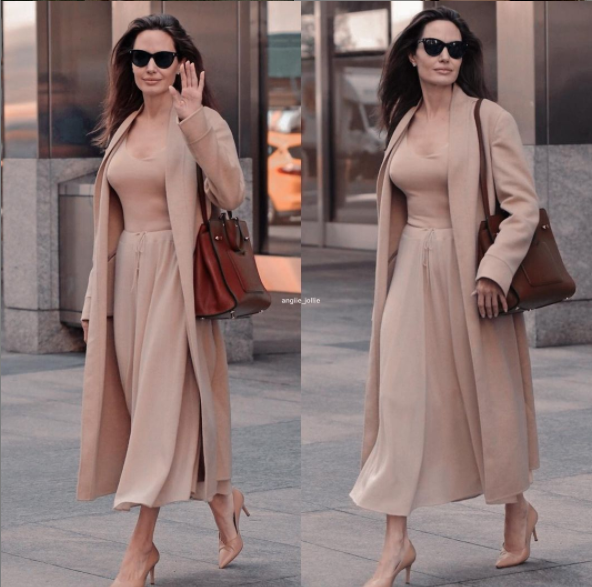 Hollywood Desk, Delhi Magazine: Angelina bought a 17th century castle in Provence (France) even before the wedding, but she still has no right to sell it without the permission of her ex-husband.

46-year-old Hollywood actress Angelina Jolie and her lawyers have filed a lawsuit to lift the ban on financial transactions with property, which the celebrity owned jointly with ex-husband Brad Pitt.

Angelina bought a 17th century castle in Provence (France) even before the wedding, but she still has no right to sell it without the permission of her ex-husband.

This is the second attempt by the actress to overcome the ban. On June 30, she submitted an emergency application to withdraw the ATRO so that the third-party buyer did not have time to withdraw from the sale, since he already wished that the actress hurried, otherwise she would change her mind. In turn, the judge ruled that Jolie’s legal team had not proven that there was “immediate danger / irreparable damage or immediate loss / damage to property.”

The severity of the situation is added by the fact that the castle and winery originally belonged exclusively to Angelina, since they were bought before the wedding of Jolie and Pitt in 2014. Later, the wine company Nouvel, together with Pitt’s firm Mondo Bongo, on the terms of equal shareholders, became part of the Luxembourg company, which has a stake in Chateau Miraval.

The Chateau Miraval estate is located near the village of Corran in the center of Provence. It was built in 1850 and, according to various sources, it has from 35 to 38 rooms. Brad Pitt was personally involved in the design of the main living space, having spent over $ 12 million on its alteration, he spent another half a million on designer renovations and furniture.

It has two helipads, a wine cellar, spa, home theater, and an impressive $ 25 million art collection.

The estate has an area of ​​60 hectares, there is a vineyard and a winery. It is here that dry rose wine Miraval is produced.

Miraval has not only business value for ex-spouses, but also much more personal. It was there that they got married in 2014 after 10 years of relationship.

The actors announced the divorce in September 2016 and since then have been fighting for custody of their children: 17-year-old Pax, 16-year-old Zakhara, 15-year-old Shiloh and 12-year-old twins Knox and Vivienne. The couple’s sixth son, 19-year-old Maddox, is no longer the subject of legal dispute, since he is an adult. However, judging by what they write in the media, he is entirely on the side of his mother and even wanted to abandon his father’s surname .

Recently, the court granted Pitt’s claim for joint custody of children , which angered Angelina in earnest. She promised not to leave it just like that, and while there was a break in the judicial wars, she took the children and went to New York. There she visited ex-husband Johnny Lee Meeler , and the second time she came to him not alone , and on the Web they started talking about a possible reunion of the former spouses.