Jimi Hendrix, real name Johnny Allen then James Allen Hendrix, was born November 27, 1942 in Seattle, United States and died September 18, 1970 in London, United Kingdom. He shines with his mastery of the guitar, which he learned as an autodidact, playing with a right-handed guitar, but whose strings are reversed, sometimes with the mouth or sometimes in the back, constantly giving a perfect sound. With only four studio albums to his name, Jimi Hendrix is the most posthumous selling musician in the world after Elvis Presley.

His mother named him Johnny Allen, but the father, returning from the front, renamed the baby James Marshall. Very soon the name was shortened to Jimi.

In 1951, his father left his mother and him, and seven years later, his mother died. Jimi was 15 then, and he stayed with his grandparents. The death of his mother had a great influence on him. Then he just got carried away with music and, having saved up money, bought his first guitar for $ 5.

As a child, Jimi Hendrix listened to blues and rock records and had great admiration for Elvis Presley and  Chuck Berry . Despite a violent and alcoholic father, he gave him his first classical guitar at the age of 15. He thus learns the guitar on his own. Hendrix started playing in local bands. At the same time, he was engaged in petty theft, and once stole a car. Thanks to a good lawyer, the prison was replaced by the army. But he served only a few months and, being injured, was demobilized.

After the army he moved to New York and under the pseudonym Jimmy James began to accompany the stars of that time, including Tina Turner and Sam Cook. Around the same time, Jimi Hendrix begins roaming the clubs of Nashville, where he meets the one who will become his best friend, Billy Cox. Together they form the King Casuals group and perform all over town.

Jimi Hendrix’s biography is also rich in collaborations: he works for a few singers like Ike & Tina Turner, Sam Cooke and Little Richard. Despite the guitarist’s undeniable playing quality, they quickly tire of his exuberance on stage and end up abandoning it. Because Jimi Hendrix already sees himself as a group leader, and it is for this reason that he founded in 1966 “Jimmy James and the Blueflames”, which allows him this time to impose his own style. At Café Wha? he seduces the bassist of the Animals, Chas Chandler, who takes him under his wing and wants to take him with him to London in September 1966. Jimi Hendrix accepts on one condition: he wishes to meet Eric Clapton, the British benchmark in terms of guitar at that time. In 1966, Hendrix founded a group named after himself – The Jimi Hendrix Experience. He was both a vocalist and a guitarist. The group quickly gained popularity, and Jimi’s virtuoso playing became known throughout America. Soon the recordings made it to Europe. Hendrix himself, along with his girlfriend Katie Itchingham, moved to London and in 1967 recorded two music albums.

Hendrix ended up in the hospital several times with burns to his hands after setting a guitar on fire during a performance. It became part of his corporate identity, although it cost him his health.

In 1967, Hendrix became addicted to drugs that helped him cope with the burden of fame. In an altered state, he organized pogroms in hotels, beat women and behaved defiantly. As a result, the group actually disbanded, and he returned to New York and opened his own recording studio, Electric Lady.

Eric Clapton accepts that Jimi Hendrix takes the stage with them and plays “Killing Floor” by Howlin ‘Wolf. In 2007, in his autobiography, Eric Clapton recounts this passage: “He played guitar with his teeth, behind his head, lying on the ground, doing the splits and other tricks. It was amazing and musically brilliant, not just a real firework display to contemplate. I got scared, because, just when we were starting to find our cruising speed, a real genius arrived “.

The “The Jimi Hendrix Experience” era

Jimi Hendrix then surrounded himself with bassist Noël Redding and drummer Mitch Mitchell to form a trio, “The Jimi Hendrix Experience”. In no time, they released their first 45 with the title “Hey Joe” which became number one in England. The group begins to make a name for itself and to hang out with the older people. It plays in the first part of Johnny Hallyday at the Olympia. A triumphant tour followed, and, in 1967, the first album “Are you experienced?” is in the bins.

But Jimi Hendrix is ​​already dreaming of conquering his country, the United States. He returned there for the Monterey festival, where he totally captivated the public with his unique playing on a right-handed guitar with inverted strings, and by his uncontrolled performances. It was on this occasion, moreover, that the young man, bewitched by the music, amazed the public by voluntarily setting his guitar, the famous “Monterey Stratocaster” on stage, and then breaking it on the ground. The Hendrix phenomenon is exploding. In the process, the group recorded “Axis: Bold As Love” and in 1968, he followed up with his third album, the most experimental of the three, “Electric Lady” .But Jimi Hendrix is ​​too much of a perfectionist, and his drug abuse puts him in a daze that other members don’t always like. Chas Chandler ends up leaving, then Jimi Hendrix decides to join his friend Billy Cox in England.

“Hey Joe” by Jimi Hendrix, the story of a hit

American song from the 60s attributed to Billy Roberts, then to the group The Leaves, “Hey Joe” became famous thanks to Jimi Hendrix’s cover in 1966. The song is about a man who shot his wife and takes the lead. leak. She appears on The Jimi Hendrix Experience debut album. Convinced by Jimi Hendrix, Johnny Hallyday also made a cover of the tube “Hey Joe”, adapted in French. The single was released on March 15, 1967 and was a success in France. The legend goes that during the recording of the title by the Taulier, Jimi Hendrix, who accompanied him in the studio, would have grabbed an acoustic guitar to play with him on a version which will not be retained for the album and will remain unknown for more than 25 years, until 1993 and the release of the book “Johnny”, which comes with an unreleased CD. Building on this popularity throughout the world, the song “Hey Joe” has been covered many times, by Johnny Hallyday therefore, but also Charlotte Gainsbourg and Alain Bashung in 1984.

Hendrix and the success of “All along the Watchflower”

“All along the Watchflower” is also a cover made by Jimi Hendrix, appearing on the group’s third album The Jimi Hendrix Experience. It is a song originally written by Bob Dylan  and featured on the album “John Wesley Harding”, released in 1967. By repeating this title, Jimi Hendrix offers him a posterity that she had never before met, especially thanks to his incredible guitar solo. The song, which contains several allusions to the Bible, has often been covered in films and series, but also by other artists such as Keziah Jones, Eddie Vedder and more recently by Ed Sheeran or, in France, Francis Cabrel in 2012.

Hendrix and the magic “Woodstock”

At the end of the 60s, Jimi Hendrix formed a new group “Gypsy Sun & Rainbows”, with his friend Billy Cox, Larry Lee and percussionists. Then Mitch Mitchell becomes the group’s drummer again. In 1969, they headlined the event, the first day of the festivities. This festival will forever mark one of the most beautiful performances of Jimi Hendrix, who, in homage to the soldiers who left for the Vietnam War, takes up the American national anthem on the guitar, martyring her as if to imitate a bomb drop. A fabulous moment that highlights more than ever his qualities as a guitarist and bluesman. Spanning the ages, this show remains one of Jimi Hendrix’s most memorable. But despite this performance, the group did not achieve the expected success and broke up.

The mysterious death of Jimi Hendrix

In 1970, Jimi Hendrix began his “Cry of love” tour and had his own recording studio built. This is where the guitarist prepares “First rays of the new rising sun”. But he is now looking to compose less fiery songs, with different tones, and he has trouble recording an album that suits him. They turned to more funk music and recorded Jimi Hendrix’s fourth and final album, which was taken from the band’s concerts. On January 28, 1970, the guitarist produced his worst performance at Madison Square Garden. A few always disastrous tours will follow, the musician continues to fail.

On the morning of September 18, 1970, at the Samarkand Hotel in London, Jimi Hendrix’s body was found lifeless. The cause of death would be too much barbiturates associated with alcohol intake. But in 2009, she was refuted by James Wright, Jimi Hendrix’s former assistant. Indeed, in his book “Rock Roadie”, he affirms that Michael Jeffrey, the manager of the artist, confessed to him that he had murdered Jimi Hendrix, for a matter of money. The manager was effectively the sole beneficiary of his life insurance. In addition, there was a rumor that Hendrix was planning to fire him. With rage, he would have forced the guitarist to take these pills.

Another testimony challenges the theory of death from barbiturates: that of John Bannister, the surgeon who took care of Hendrix at the time. The doctor had initially noticed that the artist had drowned, after having found an astronomical quantity of wine in his lungs and in his stomach. However, the tests of his blood alcohol level, being low, contradict this version. Even today, the circumstances of the guitarist’s death remain unclear. Jimi Hendrix died at the age of 27 and is therefore part of the sad Club of 27, which brings together artists who died at the same age, such as Brian Jones,  Janis Joplin  or Amy Winehouse . Jimi Hendrix was buried in Seattle, United States.

According to Francetvinfo , Jimi Hendrix’s famous guitar, which he burned and smashed during the Monterey festival, has been reissued by Fender. It was a red Stratocaster, on which he had painted psychedelic patterns. He loved this guitar but, to be remembered, sacrifices it in public. In fact, on August 15, 2017, Fender reissued this famous guitar for the 50 years of this event, which marked rock history.

Kangana Ranaut Vs BMC: Kangana Ranaut's Victory, HC said- 'The office Was Broken in The Spirit of Revenge, Compensation Has to be Paid. 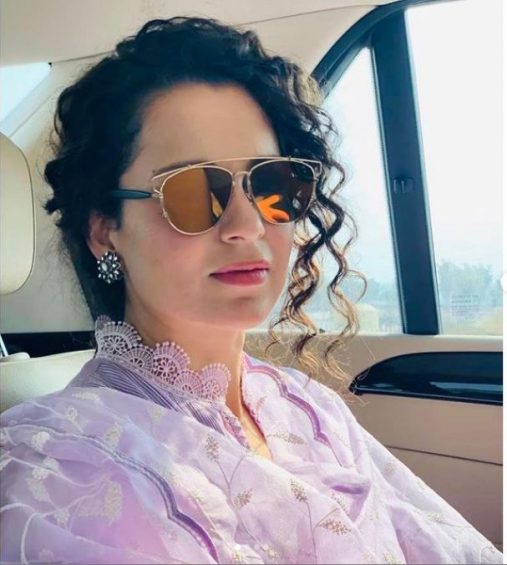