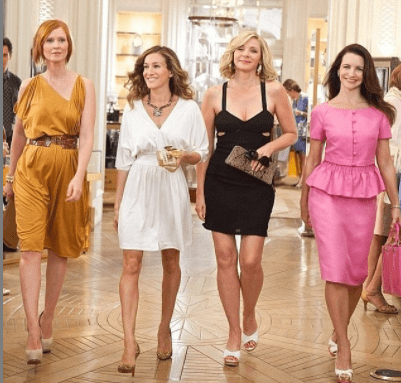 Entertainment Desk, Delhi – Magazine: HBO has finally unveiled a new teaser for the show, which reveals that viewers will see the highly anticipated sequel as early as December this year.

Thus, the authors of the series decided to make the fans of “Sex and the City” a gift for Christmas and New Year. And Just Like That will consist of 10 episodes of half an hour each.

“Filming, as we say, the next chapter of Sex and the City, or, as we like to call it, And Just Like That” With Some Favorite Friends. ” The actress then reveals the show’s premiere date and blows a kiss to fans.

For the first time , the actress announced the revival of “Sex and the City” on January 10. The original series aired on HBO from 1998 to 2004 and consisted of 94 episodes (6 seasons). Over the years, he has received 54 Emmy nominations, winning 7 of them, and 24 Golden Globe nominations (8 wins).

In the wake of success, the team thought about the third part, but Kim Cattrall, who plays Samantha Jones, refused to act, which is why the film was never launched. Viewers will not see her in the sequel to Sex and the City.

As you know, the actor Willie Garson, who played Stanford Blatch, Carrie’s best friend , has recently passed away . He was only 57 years old. He participated in the filming of the sequel, but after his death, the writers had to make changes.

Earlier we wrote about how the characters of the series have changed in 23 years since the release of the first episode.

You would also like to read: Sex and City star cast then and now.