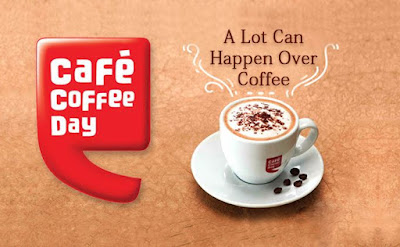 Most of the people think that drinking coffee only give energy boost but it is not valid. Consumption of coffee plays an essential role in your life. Because it is associated with both health benefits and health risk. According to the several study consumptions of coffee protect you from the various kinds of illness such as metabolic disorder, liver cancer, heart attack, etc.
Few Advantages of Consumption of Coffee
As we have listed in the above paragraph, the drinking of coffee possesses several advantages. But here we have listed the few most significant benefits of it:
●      Effective Against Diabetes
It is stated that the drinking of coffee may protect you from a metabolic disorder such as type 2 diabetes. A study conducted in 2104 on more than 48,000 people. The result of that study reported that the person who increased the intake of coffee by at-least by one cup per day over al-least four years had an 11% lower chance of the type 2 diabetes.
Several other studies support this result. Other study stated that drinking a 4-6 cup of caffeinated or decaffeinated coffee decreases the chance of getting Diabetes type 2.
●      Helpful In Parkinson’s Disease
This disease is related to the nerves system. This disease occurs due to the degeneration of the nerve cell. Due to Parkinson’s disease, people lost their movement. Some researches exhibited that consumption of coffee might help against Parkinson’s diseases. As we all know that coffee contains a significant level of caffeine in it. A study conducted in 2012 exhibited that the presence of caffeine in coffee makes it more effective against Parkinson’s disease.
Several medical expert and researches believe that caffeine helps to control the movement in the people. And it is also observed that the person who consumes more than four cups of coffee in a day at a regular basis might have a lower chance of Parkinson’s disease. But at the same time, you should even know that there is no evidence which can prove that coffee protects you against Parkinson’s disease.
●      Coffee & Liver Cancer
According to the report of one study, conducted in Italian, suggested that people who consume more than 6 cups of coffee in a day have a lower chance of getting liver cancer. One other types of research say that those you intake more than 4-5 cups of coffee in a day regularly have 50% less chance of getting liver cancer. This habit, daily consumption of coffee, not only protects you from getting liver cancer but also protect you from the various types of liver illness such as nonalcoholic fatty acid liver disease, cirrhosis, and also protect you from the gallstone disease.
●      Effective Against Heart Disease
If you are suffering from any kinds of heart disease, then the consumption of coffee can be beneficial for you. Heart failure is one of the primary health condition. It is stated that the people who drink 5-6 cups of coffee in a day regularly have profound change (11%) of heart failure. This ratio is supported by various other studies as well. Thus consume coffee and enjoy a healthy heart, but before drinking coffee makes sure that your coffee is prepared in Industrial RO plant purified water.
Health Risk Associated With Consumption Of Coffee
As we know, everything has its merit and demerit. Thus if you consume coffee in higher concentration regularly than it may also lead to several health conditions. Here we have listed few health risks associated with the consumption of coffee.
●      Pregnancy Loss
The result of some study suggested that consumption of a higher amount of coffee during the pregnancy must be avoided. Because it may lead to the loss of fertility, premature birth, and a baby with low body weight.
●      Higher Risk Of Bone Fracture
Several kinds of research say that women who consume more amount of coffee in a day regularly have a higher chance of getting a fracture in the bone.
●      Leads to the Mental Condition
There is various study which says that the drinking of more amount of coffee in adolescence may lead to a permanent change in the brain. In childhood, drinking of coffee should be avoided.
As we have discussed coffee has various advantages, but it also possesses several health conditions so drink only limited coffee. But if you are consuming coffee regularly than ensure that your water is pure and healthy. Pure and healthy water not only improve the taste of the water but also help you to achieve the health benefits of water. If you don’t have an RO system than immediately contact RO Care India and install the best water purifier and enjoy tasty an healthy coffee.

Who will turn victorious when JJP and RNP are also there to compete AAP and BJP - Delhi Assembly Elections 2020 ?

Wed Jan 8 , 2020
With the onset of the New Year, preparations are being made; a prerequisite soon after the Delhi assembly election dates have been announced. Buzzing with enthusiasm all political parties are in league as 8 February, 2020 approaches. The parties that are zealous are more than two. Unravelling their desires, The […]