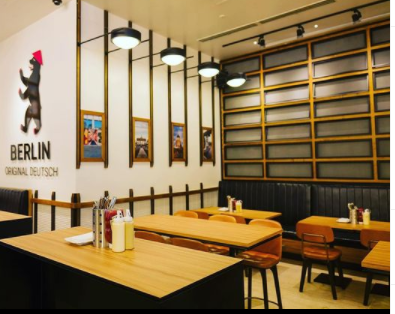 Lifstyle News, Delhi Magazine: In the canteens of Berlin universities and colleges, there should be significantly less meat in the future. A meat-free day is also introduced. Climate protection is becoming more and more an issue.

On Mondays, meat is no longer on the table and otherwise schnitzel and Co. will be in the minority: In Berlin canteens, the food is to become even more ecological from the winter semester. “The new nutrition concept was developed in particular because students repeatedly approached us with the desire to make the food in the canteens even more climate-friendly,” explains Daniela Kummle from the Studierendenwerk.

Meat and fish will only make up four percent of the menu in the future, the rest of the menu will be vegetarian or vegan. According to Kummle, a vegan, so-called climate meal made from fresh, seasonal main ingredients has been served daily in the large canteens for almost ten years. “This is characterized by a particularly low CO2 footprint.” The cafeterias are currently closed, however, and food can be picked up on request.

Climate protection is becoming more and more an issue at Berlin universities. And this is not only noticeable on the plates. Many universities draw up extensive climate protection concepts. The Technical University (TU), for example, has set itself the goal of becoming climate neutral by 2045. For this purpose, buildings are to be refurbished in terms of energy efficiency, among other things. Hundreds of employees also want to forego short-haul flights on business trips and have signed a voluntary commitment to do so.

“We have pushed the topic of climate protection significantly forward over the past four years,” says Hans-Ulrich Heiss, TU Vice President for Teaching, Digitization and Sustainability. Outwardly, the commitment became particularly visible when members of the Presidium took part in the “Fridays for Future” demonstrations.