FAU-G is an action mobile game. It has been prepared by a Bangalore-based company nCore Games. The company claims that the game is completely dedicated to the Indian Army. The game is currently modeled on the story mode. It will be updated further. The founder of the company is Dayanidhi MG and COO Ganesh Hande. The company’s advisor and investor is Vishal Gondal. According to Vishal Gondal, the first phase of the game is based on Galvan Valley. It will be updated on the backdrop of the Indian Army’s wars in the future.

This game is currently on the Google Play Store. You can download this game from here. The APK file of this game can also be downloaded from the official website of FAU-G. Right now the first version of this game has arrived. Which supports high-end and mid-range Android smartphones. Soon the company will launch a light version of this game for low-budget mobile phone users. iOS users will have to wait for this game right now.

FAU-G has reached how many mobile users?

After this, on the 72nd Republic Day, the company tweeted and informed about the game launch. Along with this, a download link was also given. So far this game has got 4.0 stars on Google Playstore. The game has been downloaded over 1 million times so far.

Is it a completely Indian game?

Yes This game is completely native. It is created by Bangalore-based Indian company STUDIO nCORE Pvt. Ltd. The game size is currently 460MB. It is designed for people 16 years or older.

What is the specialty of this game?

The company has written about the specialty of the game – a fighting group on the high peak of India’s north-eastern border protecting the country’s pride and sovereignty. This is a challenging job. These are fearless and together living Gordas.

In this game FAU-G commandos patrol the country’s most dangerous border. They fight the enemies of India. It is said to save their existence and fight against the enemy. Along with this, it has been said that by playing the game, experience the sacrifices and spirit of the country’s army deployed in the country’s borders. This game is dedicated to the spirit, service and sacrifice of Indian soldiers. It is based on real world events.

Is FAU-G an alternative to PUBG Game?

What is the difference between FAU-G and PUBG?

Both have different gaming modes. PUBG has a Battle Royal game mode. It can be played together with the team and also alone. At the same time, FAU-G has a single player mode. In this, the mission has to be completed under a fixed story. The company that created the FAU-G game says that in the future the game will be updated on the Battle Royal mode and the online multiplayer mode.
Combat style is also different in these two. The FAU-G has a melee battle and the option to face the enemy with the help of some weapons. So that’s where PUBG is a shooting game.
PUBG has a fictional location. So FAU-G has the location of Galvan Valley, which is the real location. FAU-G is a story line-created game, while PUBG has no story line.

Last year, on 2 September, the government banned 118 Chinese apps, including PUBG, due to tensions with China. Two days later, Bollywood actor Akshay Kumar announced to bring FAU-G on 4 September. Then he said that this game will give information about the soldiers who have sacrificed the country. This is Akshay Kumar’s first gaming venture.

Akshay Kumar then told on social media that this game supports the Prime Minister’s self-reliance movement. 20% of the revenue generated from this mobile game will be given to Veer Trust of India. On 26 January, Akshay shared the trailer of the game and informed about the launch.

What Are the 3 New Agricultural Laws 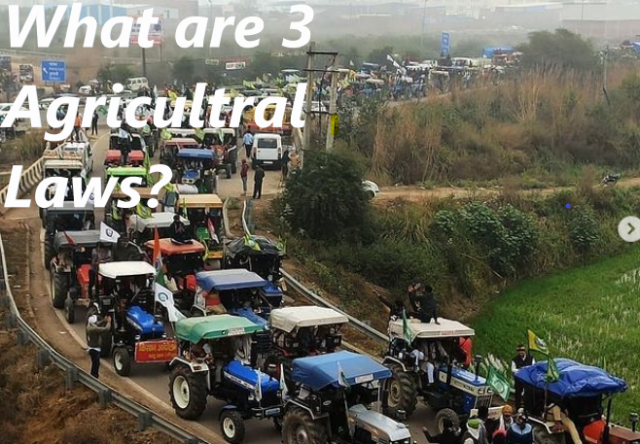