The end of an era, and the start of a new era. Brain magazine, one of the top French language magazines , offbeat media and follower of ” LOL ” specializing in cultural and societal news, will close its free website on December 1 to be reborn as a paid newsletter. The new project, called “Brain morning”, will be emailed to subscribers at 11 am.

“Tired of algorithm changes every three weeks”
Known for the schoolboy humor of its “page whore” (adapted for TV chronicle on Canal +) and “president page”, Brain Magazine was created in 2007 and is presented as a “pure product of the Internet”, ” queer and happy. , which still has so much fun inventing sassy, ​​funny and bizarre content ”but who is“ today tired of the ecosystem in which it is required to evolve ”.

“Tired of algorithm changes every three weeks. Tired of the Nazi trolls who invade our networks as soon as we talk about women or LGBT +, that is to say one in three articles (…) Tired of the growing tyranny of the GAFA over the media, whose power grows as the press sinks always a little more in the crisis “, lists the team in a post published on Tuesday.

“To move away as far as possible from the classical construction of political information”
Weakened by the health crisis, the team was reduced to four people and could not get by without the help of its readers, according to this post. The new project, offered at four euros per month, will rely on a dozen journalists and will be modeled by a duo of graphic designers.

He will offer info. “Political journalists, disappointed with the traditional media, have joined our editorial staff to analyze and investigate French politics. With a double will: to be both editorially independent and to have a vision that moves away as far as possible from the traditional construction of political information, ”promises Brain.

But also long formats on pop culture, film and music as well as the “Page Pute institution” and will offer its subscribers access to events and conferences.

EXTRACTION 2 (TYLER RAKE): A SHOOT HOPED FOR IN 2021 FOR THE RUSSO BROTHERS

Thu Nov 26 , 2020
The adaptation of the Ciudad comics on Netflix , called Extraction in the US and Tyler Rake  by us, is well on its way to establishing itself as a new license for the streaming platform . A sequel was announced fairly quickly , still with Chris Hemsworth and the Russo Brothers in the driver’s seat – but the coronavirus crisis has bound to put a damper on the project. A filming horizon is nevertheless […] 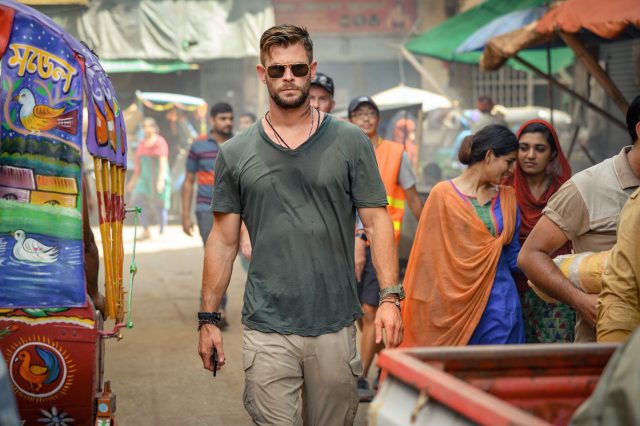