Delhi is a very old Indian city that is the land of various kinds of ancient monuments and buildings such as Red Fort, India Gate, Jama Masjid and Lotus Temple. The city is also known for the various kinds of food platters that they have to offer. Delhi has been continuously inhabited since the 6th century B.C. after which it has been rebuilt and developed. The Muslim rulers, Mughals as well as the Britishers have continuously influenced the city’s architecture as well as the food tastes prevalent within the city. We can relax and have the various kinds of food platters and cocktails in the luxury restaurants in Delhi and even order these foods through online food delivery service from the food portals.
Some of the famous food dishes of Delhi city include:
Stuffed Parantha of Paranthe Wali Gali 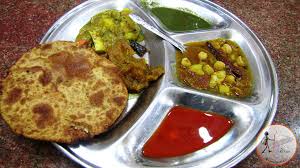 If you are free and want to have some enjoyable time with your friends then the Paranthe Wali Gali located at Chandni Chowk is the best place. It would be a kind of stomach tour instead of sightseeing if we have gone there for a tour. Here we can get stuffed parantha of any kind whether it is paneer, gobi, aloo, pumpkin and so on in any shape and size.
Once we go there we will retain it in our memory continuously and won’t forget the exciting taste ever. Many of the open dhabas at Delhi also have these delights, but paranthe wali gali is unique.
The Mughlai Delicacy
As once during the Mughal period Delhi was once the land of Mughal emperors, so just like Lucknow, Delhi is also known for their mughlai recipes. The Mughlai Delicacy, is a simple family run restaurant dating back to the 1950’s, who serve awesome foods.
They have varying essence ranging from mild to spicy, which is prepared using ground Indian spices.They mostly serve central Asian cuisines such as kebab, kofta, korma, rogan Josh, keema, tandoors prepared with chicken, meat, beef and pork.
Kulfi Speciality
Although icecreams are more famous desserts still kulfis are a cold, classic and colourful Indian summer dish that no-one can ignore easily. Everyone likes the cold, crunchy taste of kesar badam kulfi or the pistachio kulfi.
A very famous kulfi spot is located at Chawri Bazaar, Delhi named as Kuremal Mohanlal Kulfiwale who serve 50 distinct varieties of kulfis in flavors of rabri, milk, badam, kesar, guava, watermelon, kiwi, litchi and many more. The refreshment served over here is perfect and a real value for money.
Open Air Food Joints in Delhi- Dhabas 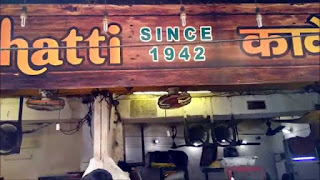 The Street food lovers would never miss an opportunity to eat in these dhabas, who serve every kind of Indian relish from stuffed parantha to dal makhani. On the highways we can remove our hunger by eating at these dhabas, who serve true delicacies at a very economical price. To taste real dhaba food one must visit Kake di Hatti, that is a great place not only for the quality of food they serve but also the exceptional interiors that they have.
Moti Mahal

Moti Mahal is a global food chain with 120 branches that was born in Peshawar,Pakistan in 1920.Our visit to Delhi is incomplete without visiting the legendary restaurant of Moti Mahal, located at Daryaganj. Apart from the food the awesome decor and ambience, compensates our taste buds completely.  Many of the famed dishes of this restaurant has been copied by the newly born food plazas. It is commonly referred as a place, where the Butter Chicken originated.
Summary– In the above blog we discussed few of the famed restaurants of the capital city Delhi, just like the paranthe wali gali, Moti Mahal, Kake di Hatti and Kuremal Mohanlal Kulfiwale to name a few. Online Food Delivery also possible from all these to your door stop just by a single click.