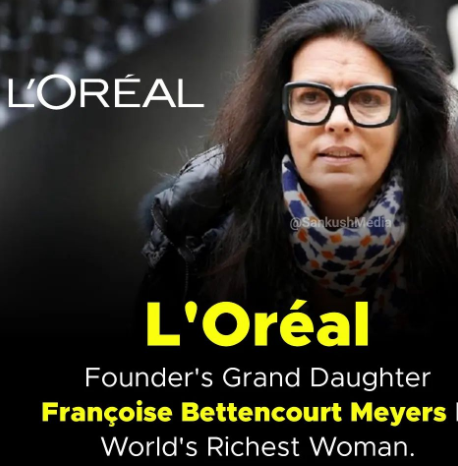 Francoise Bettencourt Meyers is a French businesswoman and richest woman in the world since April 2017. She was born in Neuilly-sur-Seine on July 10, 1953. Daughter of André and Liliane Bettencourt, leaders of the international group L’Oréal , she is also a member of the management committee of this group, which includes among other companies, Nestle or Maybelline.

She was born in Neuilly-sur-Seine on July 10, 1953. Daughter of André and Liliane Bettencourt, leaders of the international group L’Oréal , she is also a member of the management committee of this group, which includes among other companies, Nestle or Maybelline. Françoise Bettencourt-Meyers performs important functions within the management committee of L’Oréal, together with her husband, Jean-Pierre Meyers,

In addition to her activities at the head of L’Oréal, Françoise Bettencourt-Meyers leads a brilliant intellectual career. She is indeed a talented pianist, as well as a recognized writer. Erudite, she carried out several studies on religions. His first work, published in 1994, deals with Greek mythology. In 2008, she published The Trumpets of Jericho , an impressive sum on the interpretation of the Bible, trying to cross Jewish and Catholic approaches .

This study was noticed by critics, and even received the Lauriers Verts prize in 2009. She is also known for her charitable commitment, particularly in the field of research on deafness.

Francoise Bettencourt’s father was in politics and was often absent, but she bridged the gap.  According to Francoise Bettencourt, “When I was little, they called me “the mussel on the rock” so much I was attached to it. I traveled a lot with my mother. I saw her constantly. She was always beautiful”.

When French Media Lemonde asked about her lifestyles she said, “Again, I know I’m privileged but, as you can see, I don’t live in a private hotel. We’re not big art collectors and, you see, I don’t wear jewelry.”

She also added about her husbands, “Apart from some people who may have moved away because of this case, I have always kept my real friends, who have been for a long time. When I was younger, I was quite attentive to the sincerity of others. If someone had wanted to marry me on the pretext that I had money, I would have seen it. I waited a very long time for my husband and I know that it wasn’t the money that seduced him at all: we’ve known each other since we’ve been in socks!

Maybe my parents would have preferred me to marry a Catholic, because they themselves were, but my happiness was theirs. There was as much religious attachment in his family as in mine, and it was not the religious who put a spoke in our wheels. This changed my view of others, of the Bible. I wrote a book on Jewish-Catholic relations and it took me ten years. It has been said that I had thought of converting, it’s not true, I never thought of it. But I became interested in his religion as he was interested in mine; and this has now been part of our family heritage for the twenty-seven years that we have been married. After our marriage, my parents, who had great confidence in my husband.”

Francoise Bettencourt Meyers married to Jean-Pierre Meyers in 1984. The couple have two children, Jean-Victor (1986) and Nicolas (1988 ). 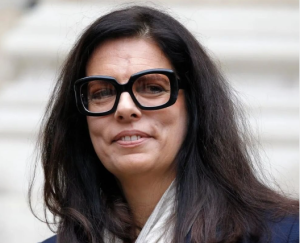 Jean-Victor Meyers, the eldest son of Françoise Bettencourt and Jean-Pierre Meyers, joined the board of directors of the L’Oréal group, of which his family remains the largest shareholder. Instead of her grandmother. In his parents’ living room, he and his brother Nicolas only appear in childhood photos. The two young people aged 25 and 23, who live in the same building in Neuilly, are as protected as jewels. No interview. Few pictures. Françoise Bettencourt Meyers, daughter of the third French fortune – 15th in the ranking of the richest people in the world -, prefers to assume alone, but under the gaze of her lawyers, family communication. She is the heiress.

It all started in 1904 with Eugène Schueller, a young chemist who developed his first hair dyes, called “Oréal”. A master of advertising, he quickly found success and developed new products dedicated to women’s beauty. When he died in 1957, his daughter Liliane chose to surround herself with managers from outside the family – François Dalle, Lindsay Owen Jones and finally Jean-Paul Agon – who were able to develop the group in a remarkable way.

In 1974, L’Oréal, fearing to be the victim of a takeover bid or a possible nationalization, chose to join forces with a foreign group. It is with the Swiss Nestlé that the group signs an agreement, selling it 30% of its capital in exchange for a stake in Nestlé. For several decades, the two groups prospered hand in hand by chaining acquisitions. In 2017, Liliane Bettencourt died at the age of 94.

After 44 years of partnership, the Bettencourt family withdraws from Nestlé and the Swiss group sells part of its shares to the Bettencourt family to fall to 23% of the capital of L’Oréal. Françoise, the founder’s granddaughter – Francoise Bettencourt Meyers is main shareholder, now controls a third of the world’s number one cosmetics company with her family.

The vice-president of the world’s number one cosmetics company is now the richest woman in the world, dethroning the American Alice Walton, a Walmart heiress. She sits on the board of L’Oréal alongside her two sons, Jean-Victor (36) and Nicolas (34) Meyers. The family controls 33% of the group through its holding company Thétys, which also holds stakes in Galileo Education, Ceva, or 15% of the clinic operator Elsan.

Francoise Bettencourt Meyers with net worth of $74.8 billion including shares in L’Oréal ranked 1st in Forbs top  richest women in the world. She lives in the heart of the Saint-James district in France.

Jean-Victor obtained a master’s degree in a business school and he has just set up his own clothing company. Nicolas studied communication and works in e-commerce.