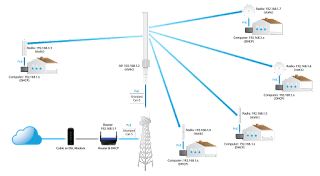 Russia has developed its own Internet System and given a technical competition to America in the field of Internet as per its fame. Russian government, on Monday said that several testswere done in the country regarding alternative Internet systems which have been successful. This test lasted for several days. Government agencies, local Internet service providers and local Internet companies were included in these tests that began last week.

For the last three years, efforts were being made by Russia on contemplating the break down with the World Wide Web or alternatively upon an increase in American intervention, then it can use its internet system to connect the people of the country.
However, no technical details have been furnished yet. Russia had been preparing for this for the last three years. In fact, Russia was worried that if it lost its connection with the World Wide Web, then its own Internet system should be so strong that it would not have an adverse effect within the country.
Many countries of the world criticized this step
This experiment of Russia has been criticized by many countries including America and Britain, saying that this will lead to internet breakup and Russia wants to have complete control over its citizens, followed by China and Iran in the past, whose fate we all know of.
Russia’s Deputy Communications Minister said, we were forced to do this
Russia’s Deputy CommunicationsMinister Alexey Sokolov said – We have done this experiment only under the ‘Sovereign Internet Bill’ passed in November. Actually, we are compelled to look at the aggressive stance of American cyber security strategy. By law, all communications operators, messengers and e-mail service providers with government institutions and security services were required to participate in the experiment, which does not affect regular Internet users. Our goal was to provide people with uninterrupted Internet service in Russia.

Are we moving into Ice Age?

Mon Dec 30 , 2019
Winter season continues in North India including Delhi. The minimum temperature was recorded at 4.2 degrees Celsius on Friday morning. The winter chill has broken all records of the past 118 years, with December receiving maximum cold waves. Earlier in December 1901 and 1997, the average temperature was 17.3 degrees […]