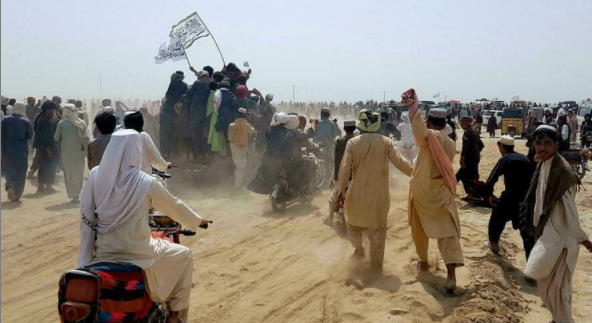 In this fight, Afghanistan’s security forces also have killed 303 Taliban militants to save Afghanistani people .

Taliban terrorists, who continue to fight in Afghanistan, have executed more than 900 people, in particular in Kandahar, according to the Daily Mail and many other sources. This is also reported by the local police, according to which, in fact, police officers, government officials and even one actor were among the victims.

The Taliban (the activities of the Taliban, we recall, are prohibited in Russia) have vowed that they will be – no matter how strange it may sound – restrained during the seizure of the country. American troops, which largely unties the hands of the extremists. So far, according to reports, executions have occurred within a month and a half in only one province, there is no data for other Afghan regions.

Despite the activity of the Taliban, so far the situation remains in a state of 50-50: in some places the Taliban manage to “recapture” their positions, in some – government forces intercept the initiative. But, as local residents say, it is obvious to everyone that the conflict is far from over.

“Despite the growing professionalism of the Afghan special services, army and police, the very sudden offensive of the Taliban took them by surprise,” Abdulhakk, a resident of Kabul, said in an interview with a famous Russian News Agency MK.

Response of Courageous Afghanistan Army to Save Their Civilians

Despite this tough situation without foreign support Afghan soldiers are fighting very well and killing Talibani terrorists. Afghanistan’s security forces have killed 303 Taliban militants and injured 125 in the last 24 hours.

The Taliban themselves do not simply deny the fact of mass executions – this radical movement only declares that it wants to become a full-fledged political force capable of fighting for the control of Afghanistan.

The Vice President of Afghanistan has told that Pakistan’s military and intelligence agencies are supplying weapons to Taliban terrorists.