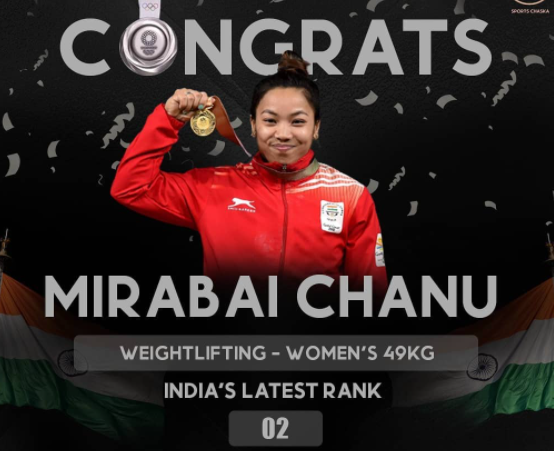 Who is MeeraBai Chanu?

Mirabai Chanu, is an Indian Woman Weightlifter, was born on 8 August 1994 in Imphal. 26-year-old Mirabai Chanu was fond of archery in her childhood and she also wanted to make a career in it. But after the 8th standard, she was inclined towards weightlifting and then she decided to move forward in this. In fact, Chanu also started taking interest in weightlifting after considering Imphal’s weightlifter Kunjrani as an inspiration.

Chanu won her first gold medal in a local weightlifting competition at the age of 11. Later, she began her international weightlifting career by competing in the World and Asian Junior Championships, where she won medals in both.

After a lot of struggle, Mira Chanu achieved her position

Manipur’s Mirabai Chanu has certainly made India’s name bright on the international stage, although she has given the country a chance of pride on the basis of her ability many times in the past, but it was not so easy for her to achieve this position. She had to struggle a lot to fulfill her dreams, then today she has achieved this height. During this entire journey, Chanu got full support of her family. Despite the financial condition of the family was not good, her parents, facing every difficulty, fulfilled Chanu’s dietary needs and many other needs. The result of that is that Chanu is continuously raising the name of her family and country.

Mirabai Chanu has already won many medals
Mirabai Chanu has won many medals for the country so far. In the year 2014, she won the silver medal in the Commonwealth Games held in Glasgow. Chanu made her place in the Rio Olympics by defeating her inspiration weightlifter Kunjrani in the qualifying match of the 2016 Rio Olympic Games. Mirabai won the gold medal in the 48 kg category in the 2017 World Weightlifting Championships. At the same time, Chanu also won the gold medal in the Commonwealth Games in 2018. During the Asian Weightlifting Championships in Tashkent in April 2021, Mirabai Chanu set a new world record by lifting 119kg in women’s 49kg clean and jerk. Chanu, on the other hand, had to settle for a bronze medal in the Asian meet due to poor performance in the snatch. 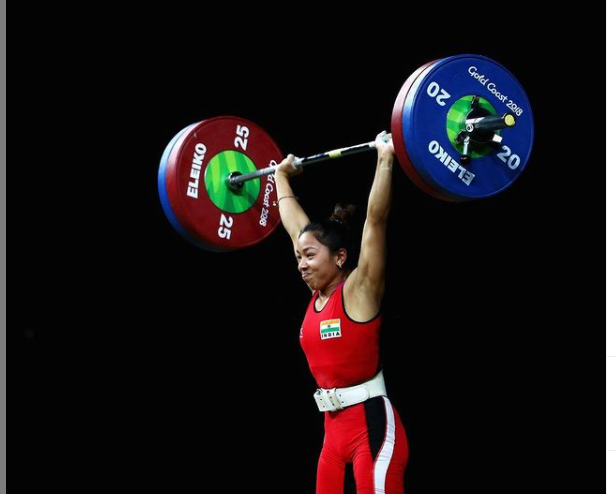 Manipur Chief Minister N. Biren Singh honored Chanu and gave him a prize of Rs 20 lakh. She was awarded the Rajiv Gandhi Khel Ratna, India’s highest civilian sports honor in 2018. Chanu was awarded the Padma Shri by the Government of India in 2018.

Prime Minister Narendra Modi has congratulated Chanu by tweeting on his victory.

PM Modi  tweeted, ‘Could not have asked for a happier start to @Tokyo2020 ! India is elated by @mirabai_chanu’s stupendous performance. Congratulations to her for winning the Silver medal in weightlifting. Her success motivates every Indian. #Cheer4India #Tokyo2020″.