Delhi Desk, Delhi Magazine: January 24 is celebrated as National Girl Child Day in India every since 2008 with an aim to educate people about inequalities faced by girls in Indian Society.

To celebrate the National Girl Child Day, a Rangoli Utsav was organised today at Kasturba Gandhi Marg, Delhi. In this event girl students from various schools of the city participated. Girls students showed their talent in making the beautiful rangoli with extraordinary vision in their mind.

With the different theme in their mind, they produced the Rangoli in different themes and slogans. Entire road up to half a kilometre was full of Rangolis in different colours and themes. People enjoyed the same for hours and hours.

Some other beautiful pic of Umang Rangoli Utsav in Delhi : 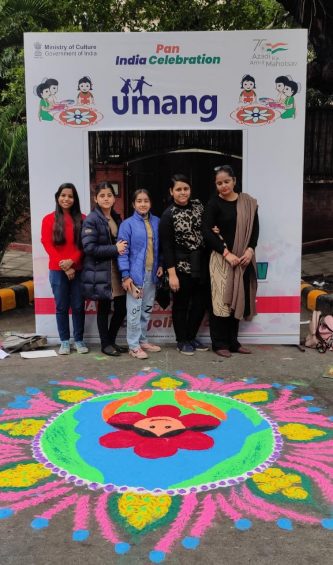 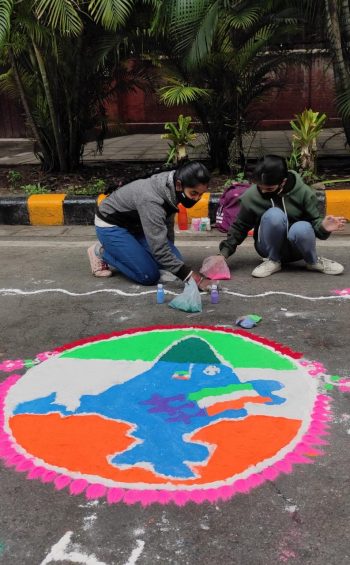 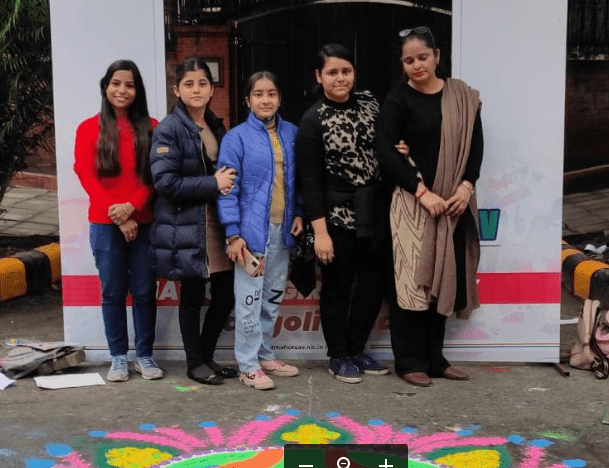 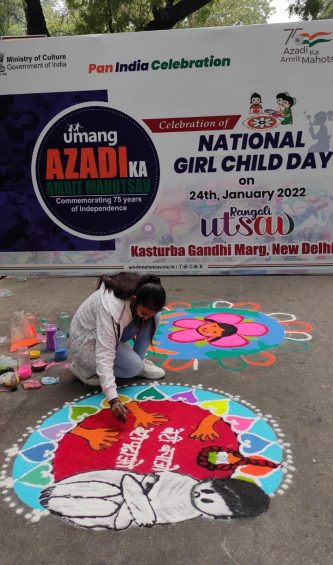 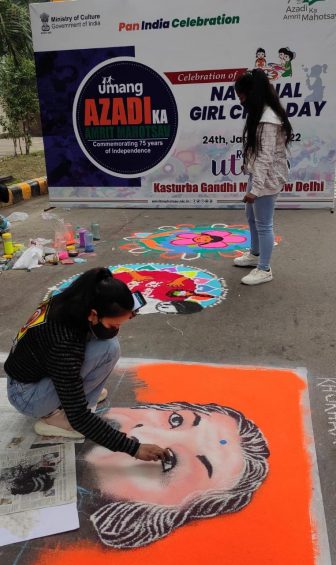