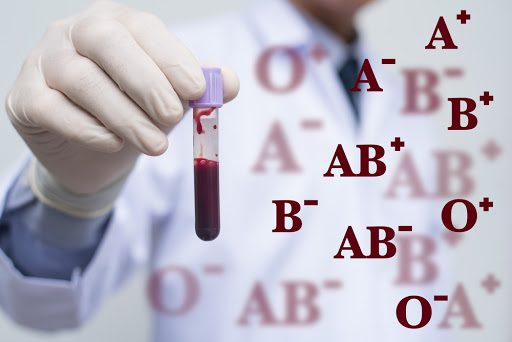 Researchers and study about the genes have always come up with facts that have underlined many myths. One such fact that is now surfacing about Corona Virus is its impact on the various blood groups.

According to the reports, people with blood group ‘A’ have a higher risk of being infected with this as compared to those with blood group ‘O’. A genetic study on the covid-19 patients in Italy and Spain has revealed this. This study was carried out on more than one hundred scientists from six countries, including the Hospital Clínic and the Valld’ Hebron. These results were then reviewed and later passed by the New England Journal of Medicine , which is scheduled to be published this June.

One of the great mysteries of covid-19 is the diversity of symptoms and clinical pictures it causes. There are those who go through the disease without even knowing they have/had corona, and on the other side there are those who need intensive care procedures and equipment to aid their breathing.

As soon as the pandemic began, it was seen that elderly people or people with diseases such as diabetes were more likely to have serious conditions from this virus. But there have also been people who, without having any disease or belonging to the older age groups have faced the deadly disease and have been affected severely. One of the hypotheses that had been raised to explain this was that there could be genetic factors that determined more or less severe responses to the disease. The results of this new work identify some of these factors and, therefore, ” At the end of March, in the midst of the pandemic, researchers from various research centers and hospitals in Spain and Italy, led by the Center for Biomedical Research in Network (CIBER), launched a collaboration with Norwegian and German geneticists. This was done to investigate whether there was any type of genetic predisposition that increased the risk of respiratory failure in covid-19 patients. Following the approvals of the relevant ethics committees, the scientists collected blood samples from 1,610 patients from hospitals in Spain and Italy who either needed oxygen or required the use of a ventilator to breathe. They then analyzed their genomes and compared them with samples from 2,205 healthy donors. From this comparison they have discovered 26 much more common genetic variants in patients who had presented with respiratory failure. Two of these variants, located on chromosomes 3 and 9 are associated with severe cases.

Chromosome 9 variants are found precisely in the gene that is responsible for the blood group. Depending on this gene, proteins are produced that adhere to the surface of red blood cells and determine whether the person is in group A, B, AB or O. In this regard, researchers have concluded that the blood group A would be associated with a 50% increased risk of respiratory failure if you contract covid-19. On the other hand, they have also deduced that blood group O would provide some kind of protection. In these cases, the risk would be 35% lower. This association between blood group and the severity of covid-19 had already been proposed in April by two studies by Chinese researchers, which pointed in the same direction.  Near the gene that regulates blood type is also a fragment of DNA that regulates the production of a protein that is involved in the immune response and another that is related to blood clotting. It is so as many serious cases of covid-19 happen precisely by an exaggerated immune system response and the formation of blood clots, scientists suggest that the influence of these other fragments should be studied in more detail.

As for chromosome 3 variants, researchers have observed that they also coincide with a number of genes that could be relevant in the development of covid-19. One of them, for example, contains instructions for making a protein that interacts with the part of the cell surface that the virus uses to infect it, the receptor called ACE2. Other genes in the same region are related to the immune response that occurs in the lungs in cases of respiratory infections such as those caused by influenza viruses. However, “in this case it is more difficult to draw practical and applicable conclusions in the short term,” explains Fernández, who is also a researcher at the European Foundation for the Study of Chronic Liver Failure (EF-Clif).