What is Immune System?

Most over heard word and the most under estimated one is ‘Immunity’.  Everyone is worried about their and their near and dear ones health. What is immunity and what is an immune system? Our body is the biggest healer for every disease or a problem that comes by. This act of prevention is done by the immune system. So we need to fortify this system to fight against not just the recent pandemic but any other illness that may occur or try to attack the body. When the body forms antibodies, it is the shield of the immune system to prevent the body from being attacked by any bacteria, parasite, virus or any disease causing factors.

Apart from this, it works to separate healthy cells of the body from infected cells. This is done so that any virus or armful element do not affect the body and gradually becomes in active. These preventive measures are an outcome of a good immune system.

The immune system is the natural defence shield present in our body. It is such a network of cells, tissues and body parts that it encounters bacteria, viruses and microbes (bacteria). The stronger this immune system in our body, the more the body has the capacity to fight the diseases. The immune system is usually divided into two parts. Howard University immunologist Dr. Anderson Ana explains this in detail. Following is the explanation:

Skin, stomach acid, enzymes, skin oil, mucus and cough like parts of the body act as the immune system. Their job is to stop any external elements trying to enter the body. Apart from this, these refrain and its chemicals named interleukin-1 also work to eliminate harmful element, which keeps the body safe. However, if this natural immunity is strong even then the body is not completely safe from any outside issues. In this the body parts play and important role in preventing the virus/bacteria entering the body.

Adoptive immunity is activated when a virus enters the body and tries to increase its numbers within the body. If the virus or bacteria damages healthy cells, the body makes antibodies against them and starts the process of killing. When the virus or dangerous carrier is gone, the body’s immunity remembers it and makes it inactive when it ever strikes again. For example in the case of Covid-19, the asymptomatic patients are also asked to take prevention as they may have antibodies. These antibodies confirm that a person at some point in time may have had developed Corona, or is about to develop. This is Adoptive Immunity that a body with a good immune system is endowed with.

Important parts of immunity, which play an important role in preventing all kinds of diseases

Lymphnodes are a par tof Lymphatic System present every human body. Its functions include making and preserving cells. The cells made and preserved by the lymphnodes are the ones that fight an infection or a disease. , It contains bone marrow, spline, thymus and other elements. Lymphnode contains fluid, which serves to transport cells to different parts of the body. When the body fights with diseases, the size of the lymphnode becomes larger and at the most it prevents the harmful element from spreading to other parts.

It is the largest lymphatic organ of the body, which is under the ribs and on the left side of the abdomen. This leads to white blood cells, which balances the scale of blood along with fighting infections and diseases present in the body. Inactivates old and defective blood cells.

Bone marrow is a yellow tissue found in the bones present in the body, its function is to produce white blood cells along with red. There is some soft tissue between the bones. Especially in the hip and Thigh bones, which do not contain fully mature cells, called stem cells.

These are small white blood cells that play a role in protecting the body from disease. It contains the first B cells which eliminate toxic substances and bacteria by making antibodies. The other has cells that eliminate infected cells and cancerous cells. Similarly, the helper has cells that detect which immunity has started to work for which pathogens.

Thymus makes the cells mature. Its job is to make antibodies and balance them. As a result, the muscles may feel weak. According to experts, they get younger with age but do their work.

It is a cell that is formed in bone marrow and mixes with blood in lymph tissue. It is a part of Unity, which protects the body from infection and disease.

How does our immune system work?

From minor diseases like coughs to colds to serious illnesses like AIDS, viral and bacterial infections are the causes and the immune system works to protect the body from every small and big infection. To fight these, the immunity of the body must be strong. When we are infected or come in contact with a pathogen, our body develops a defence mechanism. However, even then if germs/bacteria/virus enter the body, they are given a tough competition by the white blood cells (lymphocytes). This is the preventive measure. In odd cases, where the system fails to catch the bug, and leaves some blind spots, the diseases grow in the body. to avoid these blind spots, one must consume good food that enriches he immune system of the body.

1.Developing Cold with each changing season.

If you do not eat fruits and vegetables, then your immunity may be weak. Because the immune system needs micro nutrients such as vitamins, minerals and antioxidants to function properly. Fruits and green vegetables contain ingredients that work to improve the immune system.

Not getting enough sleep

If you do not get enough sleep, the cells of the immune system start decreasing to fight germs and you are vulnerable to many diseases. It is very important to get at least 8 hours of sleep to strengthen the immune system.

Smoking and too much drinking is also harmful for the immune system. It increases the risk of many cardiovascular diseases.

Junk food contains unhealthy fats and oils, which are harmful for the body. This not only inches you closer to obesity but also weakens the immune system. High intake of caffeine

People consume 3-4 cups of caffeine a day to stay active, but the intake of caffeine in high amounts stimulates the nervous system, due to which the tension in the body increases. Subsequently, cortisol is released and your immune system becomes weak.

Due to sluggishness and lethargy, many people do not pay much attention to hygiene, due to which the immune system starts to weaken. Like- taking food without washing hands. Your hands are directly exposed to many germs. This increases the risk of infection and disease. Hygiene also means bathing daily, and  keeping nails clean.

How to increase immunity

Now the question arises that if the immune power becomes weak then what measures should be taken to make it better? Here are some such measures which you can try and increase your immunity within a week:

The foundation of a strong immune system begins before birth. Even during the pregnancy, the immune system is developing, so  would mothers must eat well and healthy. Therefore, mothers who wish that their child’s immunity should be better, they should start preparing for it from the time of conception. Stay away from smoking, alcohol, stress during pregnancy. Eat nutritious food, and listen to some soulful music.

One thought on “What is Immune System? How to Boost Your Immunity?”

Mon Jun 22 , 2020
The current COVID situation has changed several aspects of our lives. However, there are only a few industries that have felt the effects of COVID as much as the Indian wedding industry.  In a country that believes in the values of family, we have been used to holding extravagant weddings, […] 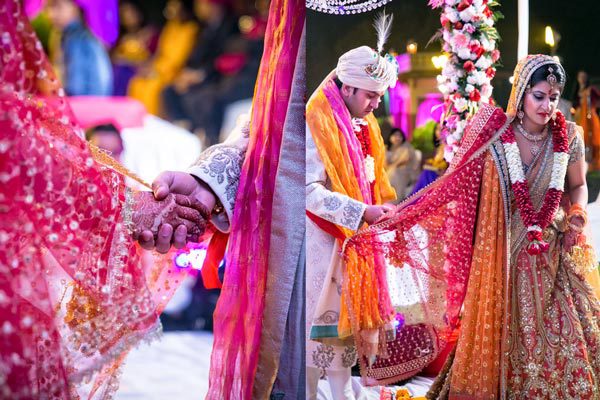