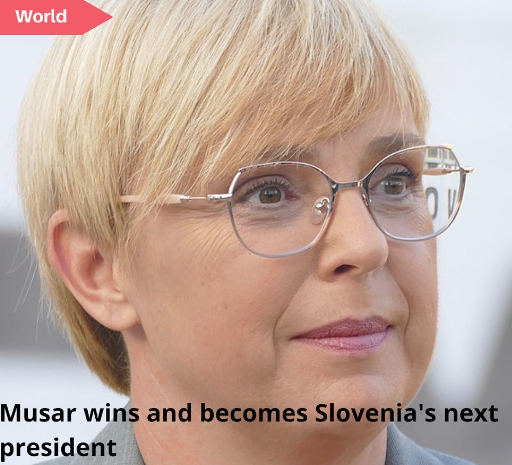 Europe Desk, Delhi Magazine: Non-partisan candidate, lawyer Natasha Pirc Musar won the second round of the presidential elections in Slovenia after processing 100% of the ballots, according to the website of the State Election Commission of the country.

53.89% of voters voted for Pirc Musar. Former Slovenian Foreign Minister, deputy from the Slovenian Democratic Party Anže Logar won 46.11% of the vote. In total, 908,138 citizens of the republic, or 53.60% of all Slovenes with the right to vote, participated in the second round.

Pirc Musar will take office on December 23 this year, when the current president, Borut Pahor, expires. He spent two terms in office and, in accordance with the Constitution of the Republic, cannot run for a third time. 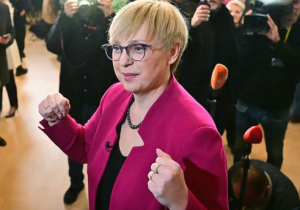 Earlier, Pirc Musar advocated the integration of all countries of the Western Balkans into the European Union. She also expressed readiness to discuss this issue with the President of the self-proclaimed Republic of Kosovo, Vyosa Osmani.

In addition, she stressed that she would try to become a president for all, as well as to be a guarantor of human rights and freedoms, constitutional rights and democracy.

Pirc Musar added that she would like to see Slovenia as a country where the elderly are provided for, and the young do not want to leave for other states. In addition, the president-elect noted that she wants a healthy environment for future generations.

You would also love to read about : Natasha Aughey.