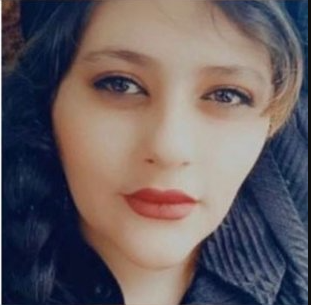 Middle East Desk, Delhi Magazine: The Iranian authorities must respond decisively to the protests that have swept the country after the death of a local resident, Mahsa Amini, who was detained by the morality police, said Iranian President Ibrahim Raisi, whose statement is quoted by Reuters. The agency reports that 35 people have died in the week of protests.

Last week, Mahsa Amini came to Tehran from Iranian Kurdistan to visit relatives. On September 13, when the girl, along with her brother Kiarash, was leaving the subway, she was detained by the vice police for wearing the hijab “incorrectly”. The brother was promised that Mahsa would be released after the “re-education” class, but Kiarash decided not to leave his sister and went to the police station after her. 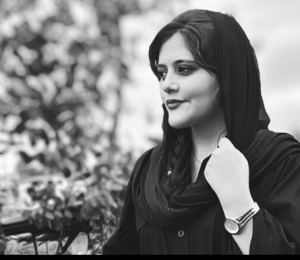 When he arrived, there were about 60-70 people near the police building – relatives and acquaintances of the detainees. After some time, the audience heard screams that came from the station. Trying to understand what was happening, they began to knock on the doors of the building. The police officers who came out to knock dispersed people with batons and tear gas, after which an ambulance drove out from behind the building, and women began to run out of the police station. “They all screamed that they had killed someone inside,” Kiarash said. Mahsa was not among those who left the police station.

When Kiarash arrived at the hospital, he was told that his sister had a heart attack and a stroke (the Iranian authorities would later adhere to this version), after which she fell into a coma. Amini’s relatives would later reveal that she never suffered from heart disease.

Women who were at the station with Makhsa said that she lost consciousness when a police officer demanded that the detainees sit in one half of the room. Other women and a paramedic tried to help the girl. “I looked at Mahsa’s face and saw only the whites of her eyes. We were all horrified. We shouted: “You are murderers! You killed her!” said one of the detainees. At the same time, according to her, women in the police station were insulted and humiliated, but not beaten.

CCTV footage shows the girl (presumably Machsa) interacting with the police in a “re-education class” before fainting. CNN writes that the video was probably edited.

Judging by the photographs from the hospital, Mahsa suffered injuries in the area of ​​her right ear. When and how this happened is unknown. Doctors interviewed by IranWire, which followed what was happening with the girl, suggested that she had a fracture of the base of the skull, which can be obtained due to a strong blow to the head.

On September 16, Mahsa Amini died. After the death was reported , people began to gather at the hospital , protesting not only against police violence, but also against the very possibility of detaining women for their “wrong” appearance.

Although law enforcement officers, fearing rallies, “persistently asked” relatives to bury Makhsa without a farewell ceremony, the family did not agree to this. In Amini’s hometown of Saqqese, on the day of the funeral, September 17, hundreds of people came out to protest . The women who came to say goodbye took off their headscarves in solidarity with Machsa. They chanted “Death to the dictator “ and “Shame on you.“

The police dispersed the protesters using tear gas and firearms, writes IranWire. According to human rights activists, more than 30 people were injured at the rally .

On Sunday, September 18, protests in Iran continued. One of the most notable actions took place at the University of Tehran, whose students en masse took to the streets with posters “I don’t want to die!”, “Your blood will not be forgotten!” and Women, Life and Freedom. Some Kurdish parties called for general strikes. Iranian media reported that the situation in the country, and especially in Saqqez, remains tense.

“The government is using heretical violence and cruelty against women, unprecedented even under the dictatorships of the Middle Ages,” the well- known Iranian journalist Sarah Masoumi wrote on her Twitter.

According to IranWire, amid protests, the head of Tehran’s vice police was fired. Investigating the incident with Mahsa Amini, the authorities “will not turn a blind eye to the mistakes of officials and policemen,” promised the head of the Iranian judiciary Gholam Hossein Mohseni-Ejei

Protests in the country continue. On September 19, a general strike was announced in some cities of the provinces of Western Azerbaijan and Kurdistan .

On September 23, rallies organized by the authorities took place in some cities against anti-government demonstrations. In particular, in Tehran, thousands of people marched through the streets with placards in support of the observance of the rules for wearing the hijab. Demonstrations in support of law enforcement took place in other cities such as Ahvaz, Isfahan, Qom and Tabriz.

Since the beginning of the protests in Iran , there have been problems with the Internet – in particular, local residents began to complain about the lack of access to the WhatsApp messenger and the social network Instagram**. The U.S. announced on September 23 that it was easing export restrictions to improve Iranians’ internet access and thwart Iranian authorities’ attempts to “prevent the world from watching the violent crackdown on peaceful protests.”