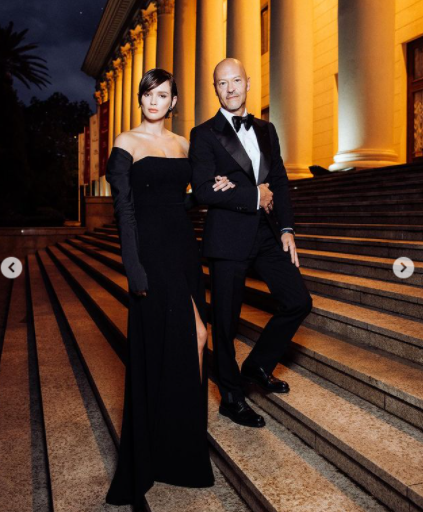 But Olga Sutulova that evening shone next to the writer Alexander Tsypkin. History is silent about where her husband Yevgeny Stychkin was at that moment. 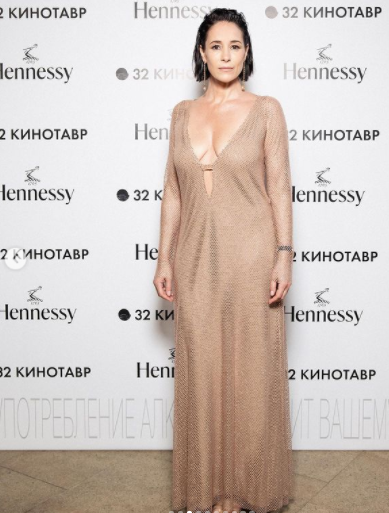 If on ordinary festival days, guests especially did not bother with outfits and preferred a casual style, today everyone as one observed the secular dress code and arrived in suits and evening dresses. Only Sergei Burunov distinguished himself, who preferred to add a touch of humor to the image.

Elena Zakharova conquered everyone with an airy dress made of soft pink organza. And Anna Kalashnikova surprised with a mesh outfit with puffy sleeves.

But Chulpan Khamatova distinguished herself – the star came to the ceremony in a black oversized trouser suit a la masculine style. A pleasant surprise was the appearance at the ceremony of the actress Amalia Mordvinova, who had left the movie scene for many years and now lives in Moscow. Recently, the star returned to Moscow and now lives a stormy social life.

So, the main prize of the festival went to the film by Nikolai Khomeriki “The Sea Worries Once”. And Olga Bodrova, who played the main role in it, won the Best Actress nomination. Vladimir Munkuev took the Best Director prize for the film Nuuccia.

The best actor was Pavel Derevyanko – for his role in the Lena “Accomplice” by Evgeny Grigoriev. Nikolai Zheludovich received the Best Cinematography award for Bird’s Milk (directed by Yevgeny Maryan).

For the original music for the film, the prize was awarded to Alexei Retinsky for “Medea” (directed by Alexander Zeldovich).

Dr. Viral Desai - Things To Know About his Personal Life

Mon Sep 27 , 2021
Dr. Viral Desai is a name that you would come across every time you try researching Plastic & Cosmetic surgery. With a career span of over 20 years and achievements that most medical professionals dream of, Dr. Desai is a thought leader in his field and has associations with a […] 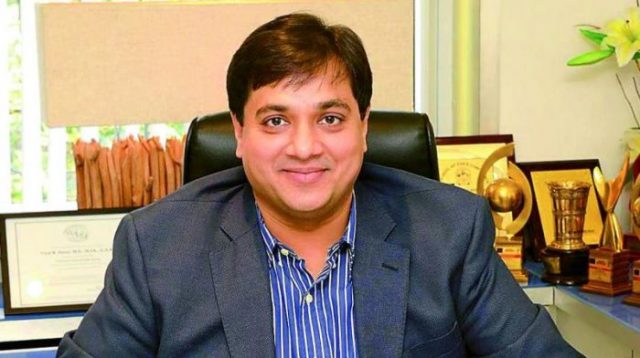